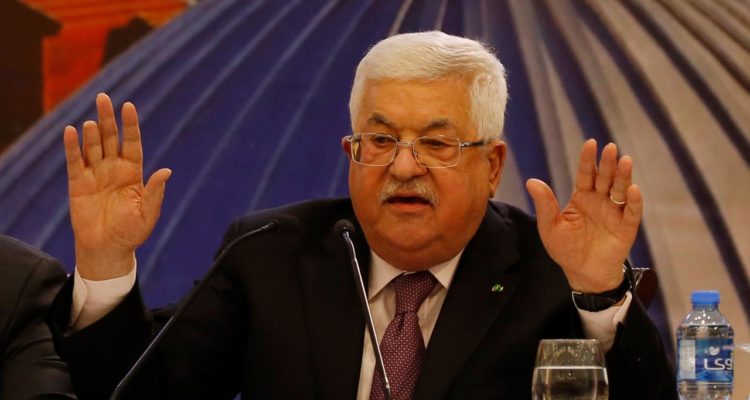 Mahmoud Abbas discussed the ‘tense situation on the ground’. (AFP)

Mr Gantz told Mr Abbas that he intended to “continue to promote actions to strengthen confidence in the economic and civilian fields, as agreed during their last meeting”, the Israeli ­defence ministry said.

“The two men discussed security and civil matters,” it added of the meeting, which reportedly took place at Mr Gantz’s home in Rosh HaAyin, central Israel.

In late August, Mr Gantz visited the Palestinian Authority’s headquarters for talks with Mr Abbas, the first official meeting at such a level in several years.

But after those talks, Israeli Prime Minister Naftali Bennett said that there was no peace process ongoing with the Palestinians, “and there won’t be one”.

Palestinian Civil Affairs Minister Hussein al-Sheikh tweeted on Wednesday that “Abbas met with Benny Gantz, where the meeting dealt with the importance of creating a political horizon that leads to a political solution in accordance with international resolutions”. The pair also discussed “the tense conditions on the ground due to the practices of settlers, and the meeting dealt with many security, economic and humanitarian issues”.