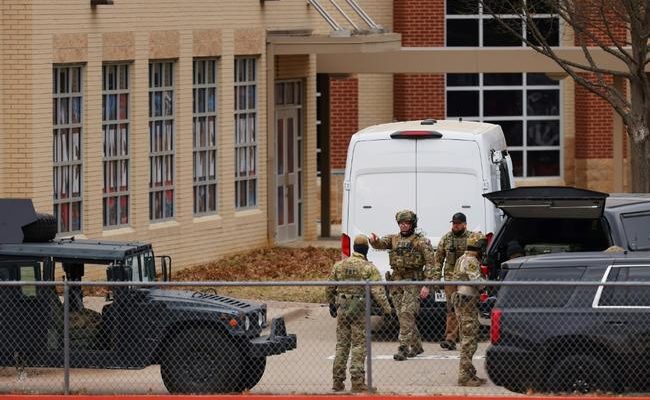 Officers evacuated surrounding areas and cordoned off the area, the police force said

All four people taken hostage in a more than 10-hour standoff at a Texas synagogue have been freed unharmed, police said late Saturday, and their suspected captor is dead.

The siege in the small Texas town of Colleyville — in which the suspect was apparently demanding the release of a convicted terrorist — had sparked an outpouring of concern from Jewish organizations in the United States as well as from the Israeli government.

That was more than 10 hours after police were alerted to the emergency at the Congregation Beth Israel in Colleyville, some 25 miles (40 kilometers) west of Dallas.

ABC News reported that the hostage-taker was armed and had claimed to have bombs in unknown locations. That was not confirmed by police although Miller said that “bomb techs are clearing the scene.”

She is currently being held at Federal Medical Center (FMC) prison in Fort Worth, Texas.

The FBI special agent did not confirm the suspect’s demands, but said they were “focused on one issue that was not specifically threatening to the Jewish community” — and that he did not believe there was an ongoing threat.

Siddiqui’s lawyer said she “has absolutely no involvement” in the hostage situation in a statement to CNN. The lawyer confirmed that the man was not Siddiqui’s brother and said she condemned his actions.

Read the article in The Advertiser (AFP).