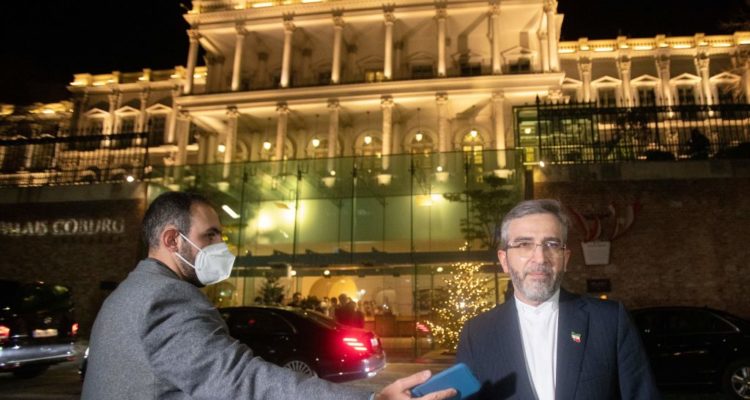 In a qualifying match last November for the 2022 soccer World Cup, Iran trailed Lebanon 0–1 at the end of the scheduled 90 minutes. On social media, sceptical Iranians were getting ready to blame their team’s imminent defeat on Iran’s hardline leaders, who supposedly wanted to lose the match in order to please Iran’s Lebanese proxy, Hezbollah. But in the four minutes of stoppage time, Iran scored two goals to secure victory.

Today, the clock is ticking for Iran’s leaders in the high-stakes negotiations in Vienna aimed at reviving the 2015 nuclear deal. According to their American counterparts, at least, they are not showing the requisite urgency.

But it was former US president Donald Trump who unilaterally withdrew in 2018 from the Joint Comprehensive Plan of Action (as the 2015 deal is formally known) and reimposed harsh economic sanctions on Iran. Despite the crushing blow, Iran remained in the agreement for another 14 months before increasing its nuclear enrichment level beyond the limits set by the JCPOA.

After six weeks of talks in Vienna, even reports of slow progress helped spark a 10% rebound in Iran’s currency, the rial, which had fallen to new lows late last year when the negotiations started badly. But prospects are slim that the parties will reach a deal before the US and Europe lose patience with Iran’s rapid march towards weapons-grade enrichment.

Failure in Vienna would jeopardise peace across the Middle East. Israel is trying to slow down Iran’s nuclear program, which directly threatens its regional hegemony, but its acts of sabotage and assassinations may trigger a wider regional conflict that could drag in the US.

Read the article by Djavad Salehi-Isfahani in The Strategist.