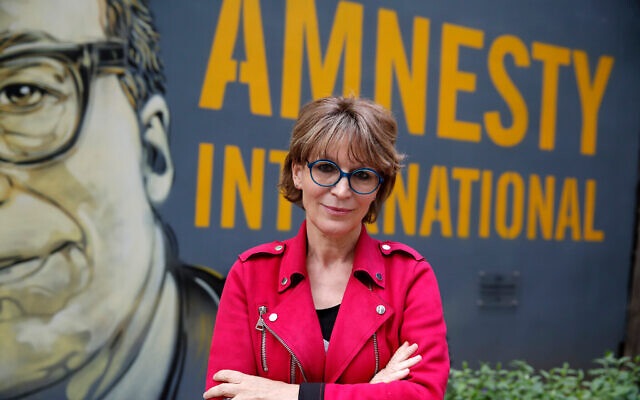 Amnesty International Secretary General Agnes Callamard poses in Paris, Tuesday, April 6, 2021. Agnes Callamard is best known for her investigation into the killing of Saudi journalist Jamal Khashoggi, and has made a career uncovering extra-judicial killings. The French human rights expert's focus on rights abuses is taking on new dimensions as she assumes leadership of Amnesty International and turns her attention to what she says is one of the world's most pressing rights issues — vaccine equity. (AP Photo/Christophe Ena)

Prime Minister Scott Morrison has defended Israel against accusations of engaging in apartheid by oppressing Palestinians, saying “no country is perfect”.

In an 182-page report, human rights group Amnesty International outlined what it said were massive seizures of Palestinian land and property, unlawful killings, forcible transfer, drastic movement restrictions, and the denial of nationality and citizenship to Palestinians on part of the Israeli government.

This amounted to apartheid and a crime against humanity under international law, Amnesty said.

“There is no possible justification for a system built around the institutionalised and prolonged racist oppression of millions of people,” she said.

“Apartheid has no place in our world, and states which choose to make allowances for Israel will find themselves on the wrong side of history.

“Governments who continue to supply Israel with arms and shield it from accountability at the UN are supporting a system of apartheid, undermining the international legal order, and exacerbating the suffering of the Palestinian people.”

Mr Morrison, a long-standing supporter of Israel who early in his prime ministership flirted with relocating Australia’s embassy from Tel Aviv to Jerusalem, brushed off Amnesty’s findings.

Read the article by Andrew Tillett in the Financial Review.