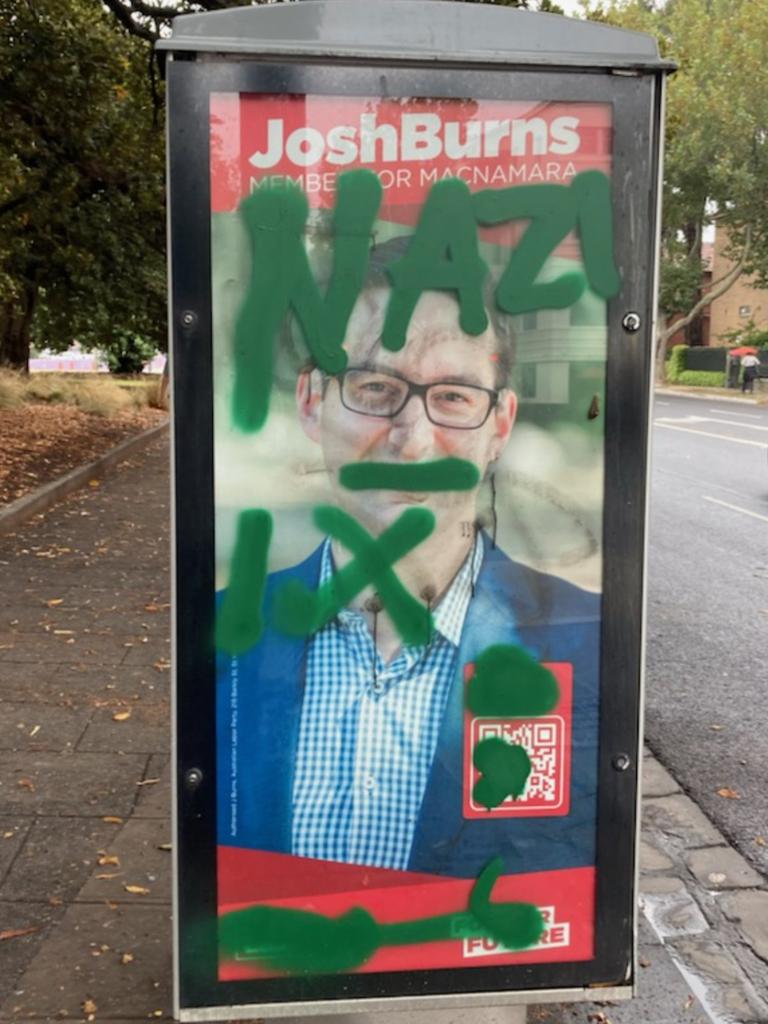 Josh Burns’ posters have been again defaced with anti-Semitic graffiti in what has been described as an attack on the entire Jewish community.

Federal Member for Macnamara Josh Burns has been targeted in yet another anti-Semitic graffiti attack, with vandals defacing two more of his election posters in just 24 hours.

The latest attack targeted Mr Burns’ election posters in St Kilda and Elsternwick – areas which are both home to large Jewish communities.

The graffiti saw the word “Nazi” scrawled across a picture of Mr Burns’ face in large letters while one vandal added an Adolf Hitler moustache to the appalling defacement.

The vandalism comes just one week after another one of Mr Burns’ election posters was defaced with a drawing of a swastika in St Kilda East.

Mr Burns, who is Jewish, slammed the “ugly” behavior, telling the Herald Sun it was “very disappointing” to see his election posters targeted again.

“There’s no place for this kind of anti-Semitic graffiti or any form of racism in this country,” Mr Burns said.

“This behaviour must stop but the ugly actions of a small few will only galvanise us to keep fighting against anti-Semitism, racism and extremism.”

The Labor MP said he was “overwhelmed” by the support he received from his parliamentary colleagues and from “people across the nation” following the attacks.

Read the article by Alexandra Middleton in the Herald Sun.