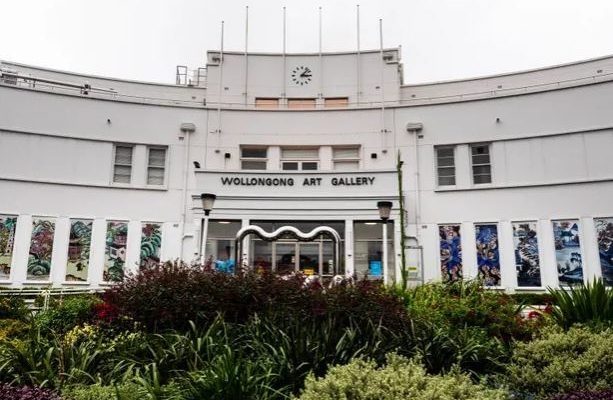 ‘I am Bob. Just Bob’: could a Wollongong folk hero have had a Nazi past?

The steel city knew him as a migrant made good who contributed a great gift to the arts. But one man has been digging into the true identity of Bob Sredersas.

Nobody had reason to pay undue attention to Bronius “Bob” Sredersas after he arrived in Wollongong in 1950, one among thousands of postwar European migrants who helped grow the Illawarra’s Port Kembla steelworks into the biggest in the Commonwealth.

Sredersas, 39 when he arrived in Australia aboard the Fairsea liner, initially lived for two years at Unanderra migrant hostel. He then bought a small block and built a house in what was Hoskins Street, Cringila – a humble Wollongong workers’ suburb of unmade roads and fibros in the shadows of the steelworks’ monolithic, ever-exhaling smoke stacks and blast furnaces.

The quiet Lithuanian daily walked the couple of hundred metres to the steelworks where he toiled, initially as a labourer and later as a crane driver, until his retirement at 65 in 1975. Sredersas – “Mr Bob” to Cringila locals – kept to himself. He avoided the rowdy, bustling pubs of Port Kembla, nightly jammed with post-shift steelworkers and wharfies for the six o’clock swill. He steered clear of the horses, wasn’t interested in football or cricket.

Read the article by Paul Daley in The Guardian.