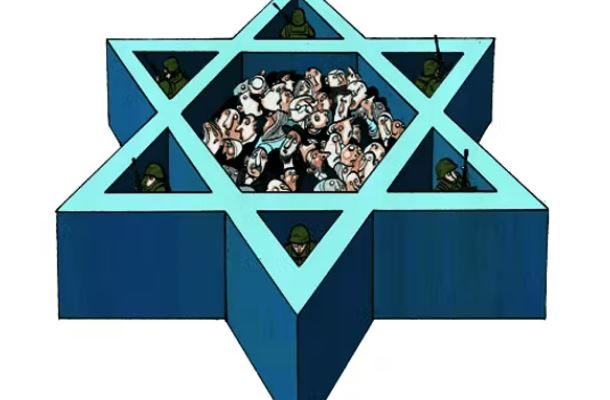 Israel is an apartheid state

If you’re after evidence of apartheid in Israel, you don’t have to look very far. Amid rioting by Palestinians and Arabs, the Israel Police has declared the Temple Mount in Jerusalem off-limits. For ten days, only practitioners of one religion will be allowed to visit.

For context, Temple Mount is home to the Holy of Holies, the most sacred site in Judaism, and is where the First and Second Temples stood until their destruction by the Babylonians and Romans, respectively. Following Jerusalem’s conquest by Islamic imperialists in the 7th century, a succession of caliphs worked to Islamise the Temple Mount by erecting Muslim worship sites including the Dome of the Rock, built on top of the old Jewish temple, and Al-Aqsa Mosque, the third-holiest site in Islam.

In recent days, Arab and Muslim rioters have run amok on the Temple Mount and throughout the Old City. They have fired off Molotov cocktails and rocks at law enforcement from inside Al-Aqsa. They have beaten religious Jews on their way to pray at the Western Wall. They have stoned at least ten buses, injuring passengers including a 13-year-old girl. Hence why the Israel Police has said adherents of one religion and one religion alone will be permitted on the Temple Mount for the next ten days. That one religion is, naturally, Islam.