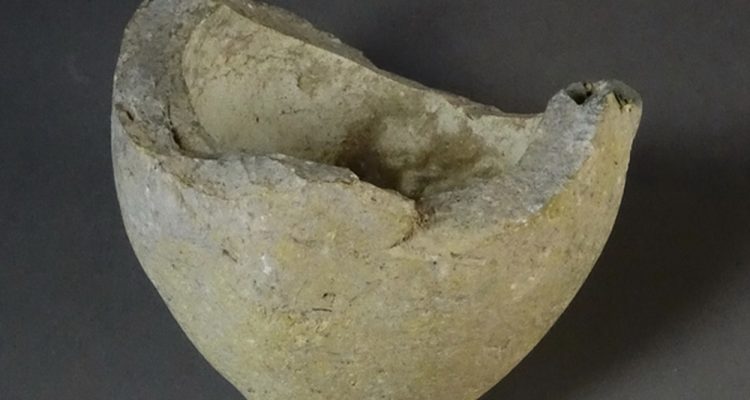 A fragment of the sphero-conical vessel that was identified as containing a possibly explosive material from Jerusalem. (Robert Mason, Royal Ontario Museum)

New analysis into the residue inside ancient ceramic vessels from 11th-12th century Jerusalem has found that they were potentially used as hand grenades.

Previous research into the diverse sphero-conical containers, which are within museums around the world, had identified that they were used for a variety of purposes, including beer drinking vessels, mercury containers, containers for oil and containers for medicines.

This latest research, led by Griffith University’s Associate Professor Carney Matheson, confirmed that some vessels did indeed contain oils and medicines, and some contained scented oils, consistent with other recent research into the use of the vessels.

However, his findings also revealed that some of the vessels contained a flammable and probably explosive material that indicated they may have been used as ancient hand grenades.

Associate Professor Matheson, from Griffith’s Australian Research Centre for Human Evolution, said the explosive material he analysed within the vessels suggested that there may have been a locally developed ancient explosive.

“This research has shown the diverse use of these unique ceramic vessels which include ancient explosive devices,” he said.

“These vessels have been reported during the time of the Crusades as grenades thrown against Crusader strongholds producing loud noises and bright flashes of light.

Read the article by Carley Rosengreen in Griffith News.