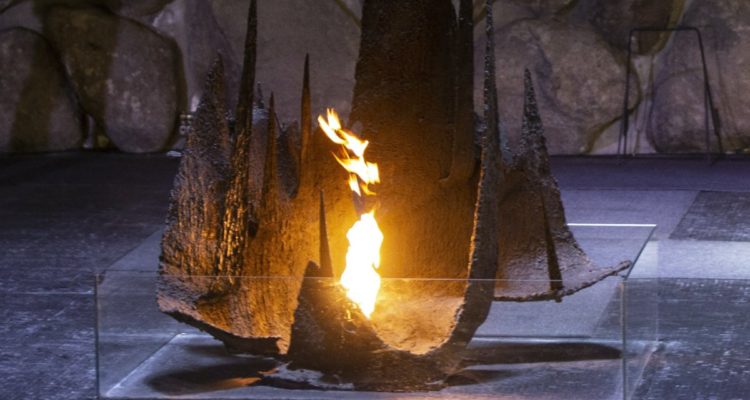 The Eternal Flame glows in the Hall of Remembrance at the Yad Vashem Holocaust Museum in Jerusalem, on Wednesday, 16th June, 2020. Israeli researchers say the coronavirus pandemic and the Israel-Gaza war fueled a spike in anti-Semitism around the world in 2021. (Heidi Levine/Pool via AP)

The prominence of political extremism and the reach of social media also may have intensified the ancient phenomenon of scapegoating Jews in recent years, the report said.

Anti-Semitic events notably increased in 2021 in many countries with major Jewish populations, including the United States, the United Kingdom, France, Germany and Australia, the report said. The study compiled data from 22 countries.

Extremist and violent ideas have always been out there, but “you really had to make an effort decades ago to be exposed to them,” said Uriya Shavit, head of the Center for the Study of Contemporary European Jewry at Tel Aviv University, which produced the report. “Today, it’s so easy to access them.”

Released as much of the world emerges from a two-year pandemic, the report comes after a year of extensive change in Israel. The relatively wealthy Mideast nation was among the world’s leaders in its vaccination program early last year. Then in May came its 11-day war against Gaza’s militant Hamas rulers, in which more than 260 Palestinians and 14 people in Israel were killed. Intense Israeli airstrikes caused heavy damage in Gaza and drew international concern and condemnation.

Read the article by Laurie Kellman in Sight Magazine.