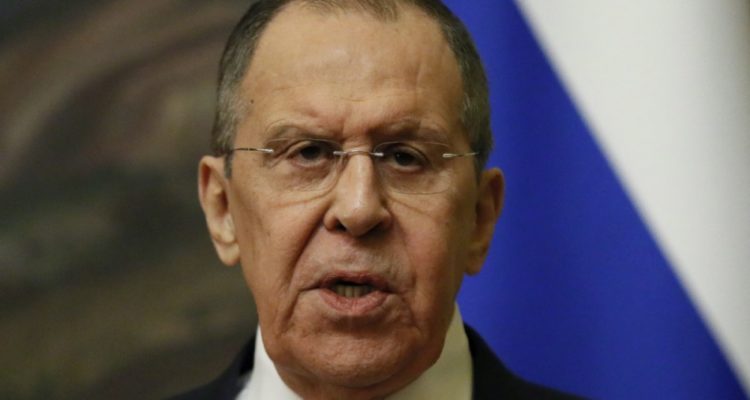 Israel lambasted Russian Foreign Minister Sergei Lavrov on Monday for claiming that Adolf Hitler had Jewish origins, saying it was an “unforgivable” falsehood that debased the horrors of the Nazi Holocaust.

In a signal of sharply deteriorating relations with Moscow, the Israeli foreign ministry summoned the Russian ambassador and demanded an apology.

“Such lies are intended to accuse the Jews themselves of the most horrific crimes in history that were committed against them,” Israeli Prime Minister Naftali Bennett said in a statement.

“The use of the Holocaust of the Jewish people for political purposes must stop immediately,” he added.

Lavrov made the assertion on Italian television on Sunday when he was asked why Russia said it needed to “denazify” Ukraine if the country’s own president, Volodymyr Zelenskiy, was himself Jewish.

“When they say ‘What sort of nazification is this if we are Jews’, well I think that Hitler also had Jewish origins, so it means nothing,” Lavrov told Rete 4 channel, speaking through an Italian interpreter.

“For a long time now we’ve been hearing the wise Jewish people say that the biggest anti-Semites are the Jews themselves,” he added.

Dani Dayan, chairman of Yad Vashem, Israel’s memorial to the six million Jews killed in the Holocaust, said the Russian minister’s remarks were “an insult and a severe blow to the victims of the real Nazism”.

Speaking on Kan radio, Dayan said Lavrov was spreading “an anti-Semitic conspiracy theory with no basis in fact”.

Read the article by Crispian Balmer in Sight Magazine.