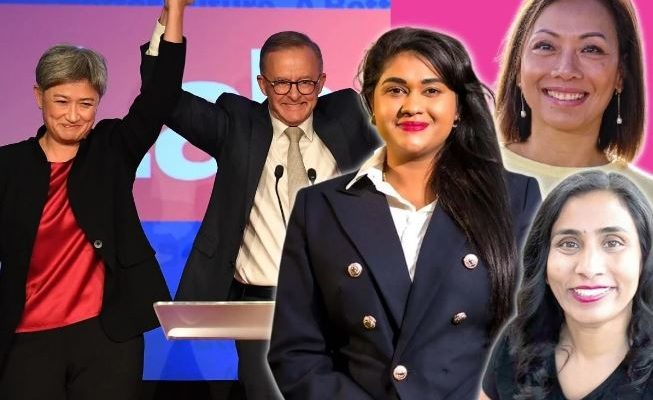 At 10 years old, I stood in the hallway before the principal’s office. A large framed photo hung from the wall: A maroon blur of ties and blazers, 600-odd prep-to-12 students of the school. And there I was: thick, black wavy hair, tanned skin, and a thick eyebrow (It was four years before I discovered wax. Go easy.)

Standing one metre back, you could pinpoint me with ease.

I looked ‘different’; the child of a Maltese-born father, and Australian Ashkenazi Jewish mother.

And I remember what it felt to be the only one. Literally. I was the only person of Maltese-heritage in the school, and my mum and I were the only Jewish people in our Victorian regional city at that time.

The appointment of Albanese and Wong to two of the highest offices in the land is not the full story of multicultural celebration in this election.

As reported in The Age yesterday, the incoming federal parliament is a “watershed moment” for diverse representation.

Before I get into that, it would be remiss not to mention even some of those diverse few Liberal MPs who lost their seats – the first Indigenous lower house member, Ken Wyatt; now former federal treasurer, Josh Frydenberg, a Jewish-Australian whose great-grandparents and relatives perished in the Holocaust; Dave Sharma, the country’s first federal MP of Indian descent; and Hong Kong-born, Gladys Liu. They are an undeniable loss – most especially for the Coalition and minority communities they inherently also represented.

Read the article by Rebecca Davis in Mamamia.