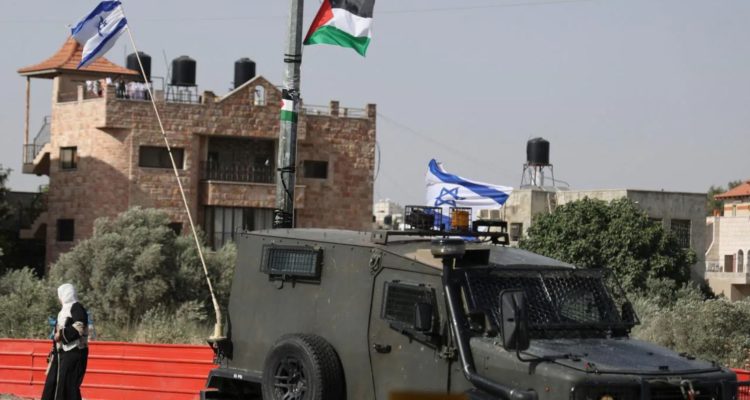 An Israeli military vehicle drives while displaying Israeli flags past a lamp post displaying a Palestinian flag in the town of Huwara near Nablus in the occupied West Bank. (AFP)

Australia has refused to sign up to a US-led statement condemning an open-ended UN inquiry into Israeli human rights abuses in Occupied Palestinian Territory, in a policy shift by the Albanese government.

The US statement, calling for an end to “disproportionate scrutiny” of Israel by the UN Human Rights Council, was backed by 22 nations including Israel, the UK, Germany, Brazil, Hungary, the Netherlands and Guatemala.

“We continue to believe that this longstanding disproportionate scrutiny should end, and that the council should address all human rights concerns, regardless of country, in an even-handed manner,” the US-led statement said.

Australia issued its own statement, saying it was “deeply concerned about the ongoing conflict, loss of life and human rights abuses, and the lack of progress towards a just and enduring two-state solution”.

But the statement, issued to the council on Tuesday by Australia’s Ambassador to the UN in Geneva, Amanda Gorely, said Australia did not support the fact that Israel was the only country subject to an open-ended Commission of Inquiry into human rights abuses.

“We agree we must work to counter impunity and promote accountability on a basis of consistent and universally applied standards,” she said.

“Australia agrees that the Human Rights Council brings a disproportionate scrutiny to Israel.”