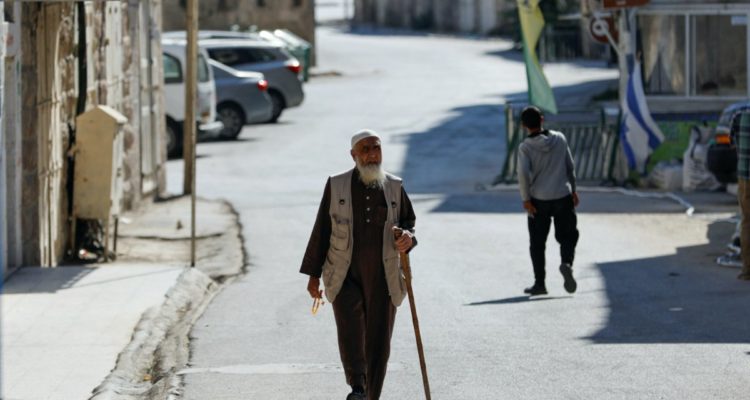 n elderly Palestinian walks in the old city in Hebron, in the Israeli-occupied West Bank on 27th June. (Reuters/Mussa Qawasma)

As the United States strives to boost defence ties between Israel and Arab states, Palestinians await with increasing gloom the first visit of President Joe Biden after what they see as a string of broken promises by Washington.

Requests for the reopening of the US consulate in Jerusalem, closed by former President Donald Trump, or lifting the classification of the Palestine Liberation Organisation as a terrorist organisation have gone unheard, Palestinians say.

“We have no illusions that the visit will achieve a political breakthrough. We will be listening to more pledges and promises,” a senior Palestinian official said. “This visit is about normalising ties between Israel and Arab countries, including Saudi Arabia.”

Biden will visit Israel and the West Bank, meeting Israeli leaders and Palestinian President Mahmoud Abbas, as well as Saudi Arabia from 13th to 16th July.

A spokesperson for the US Office of Palestinian Affairs said Washington believed a two-state solution was the best way for both Israel and the Palestinians to resolve their generations-long conflict.

It was also committed to reopening the consulate, seen by Palestinians as an implicit recognition of East Jerusalem’s status as capital of a future Palestinian state on territory occupied by Israel in the 1967 Middle East war.

In a call with US Secretary of State Antony Blinken on Thursday, Abbas urged the administration to put pressure on Israel to preserve the historic status quo in East Jerusalem and the Al-Aqsa mosque compound there. Israel rejects allegations that it has tried to change the status quo.

Read the article by Nidal Al-Mughrabi and Ali Sawafta in Sight Magazine.