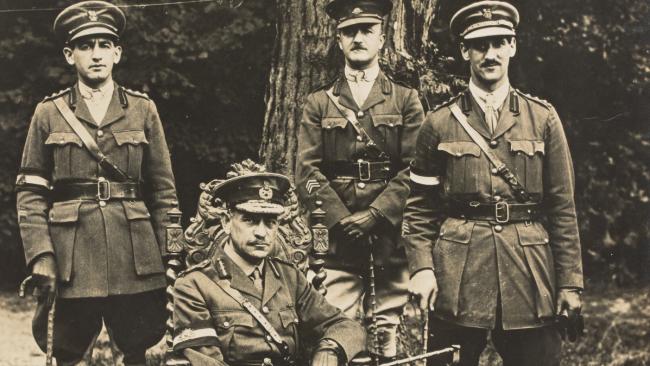 Peter Goers: John Monash was our greatest general – but he doesn’t deserve to be made a field marshall

John Monash had VD. The best kind of VD. He was General Dr Sir John Monash GCMG, KCB, VD. He was the first soldier to be knighted on the battlefield in 200 years and he had two knighthoods, a doctorate, honorary doctorates, foreign gongs and VD. That’s the Volunteer Officer’s Decoration, wisely discontinued.

Monasch was born to German-Jewish immigrants in 1865 and the name was subsequently anglicised. Incredibly, he met Ned Kelly at Jerilderie, NSW, in 1879, and two Australian destinies briefly combined.

One of them was hanged and the other became the greatest general of World War I. Such is life. Being a great general generally means you weren’t an incompetent butcher. Birdwood, Allenby and Monash were smart and admired. Monash was a genius general and an humane commander. A man of extraordinary humanity, humility and honour.

Read the full article by Peter Goers at The Advertiser.