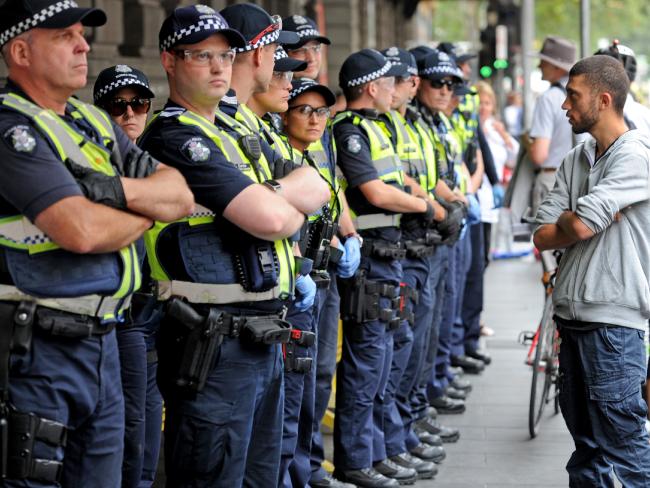 The group — which was behind protests at the Flinders St homeless camp — posted an altered image of the Auschwitz concentration camp on its Facebook page and labelled council officers “little Hitlers”.

The group took down the post after complaints from the Jewish community and apologised in a statement to the Herald Sun.

“In our effort to draw attention to the fact that the mainstream media, unscrupulous faith-based organisations, and providers of inappropriate and unsafe rooming house accommodation, are profiting from the lies and stereotypes disseminated about those who are experiencing dire challenges that emanate from their homeless experience, the HPU Vic made a serious error in judgment with the Facebook post,” the group said.

“We sought to point out that to criminalise rough sleepers and those experiencing homelessness is a repressive, authoritarian and undemocratic act by the Melbourne City Council and its officers.

“The HPU Vic has made a serious error in judgment by posting that image, is profoundly sorry, and accepts that the image is deeply offensive to the Jewish community. The post has been taken down and the HPU Vic apologises unreservedly for any pain that it may have caused.”

The post — which went on the group’s Facebook page on Sunday night — used an image of Auschwitz with the words “Lies make Money”.

Read the full article by Anthony Galloway at the Herald Sun.