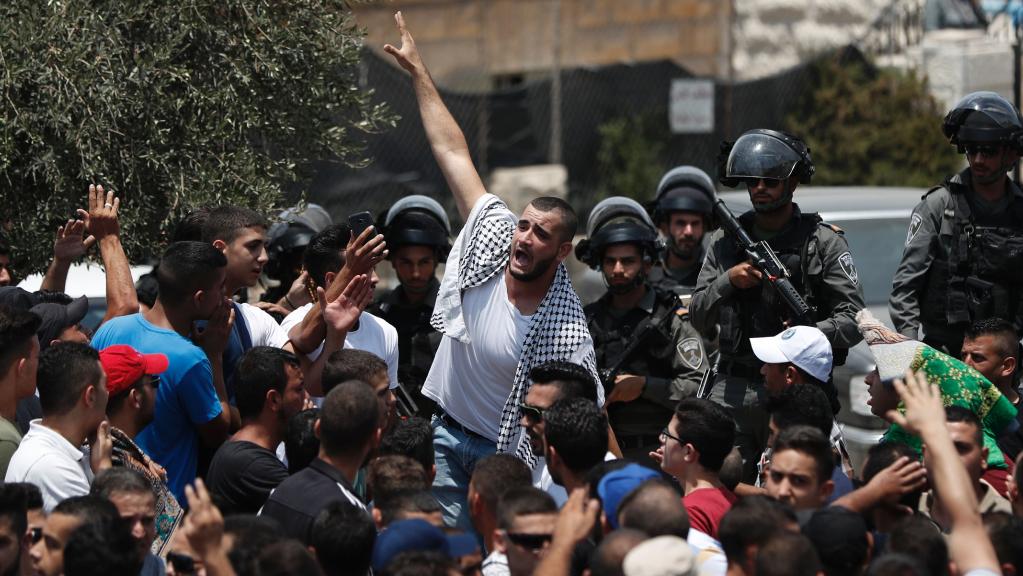 Israel police severely restricted Muslim access to the Al-Aqsa Mosque in Jerusalem’s Old City yesterday to prevent protests­ over the installation of metal detectors at the holy site.

Police set up a series of checkpoints, turning away worshippers heading to Jerusalem from Israel and the West Bank. About 3000 officers were deployed around the Old City, barring entry to Muslim men under the age of 50, except for area residents.

The dispute over the metal detect­ors has led to rising tensions between Israel and the Muslim world, with even friendly Arab nations­, such as Jordan, appealing to Israel to remove the devices.

The detectors were installed earlier this week, after a deadly Palestinian attack at the shrine left two Israeli policemen dead. Muslim religious leaders in the Palestinian territories have alleged the metal detectors are part of an ­Israeli attempt to expand its control­ over the Muslim-administered site, a claim Israel denies.

The Muslim clerics have vowed not to relent on what has emerged as a Palestinian consensus issue, and the dispute could escalat­e. The volatile Jerusalem shrine, revered by Muslims and Jews, sits at the centre of rival ­Israeli and Palestinian national narratives and has triggered major confrontations in the past.

Read the full article by AP at The Australian.