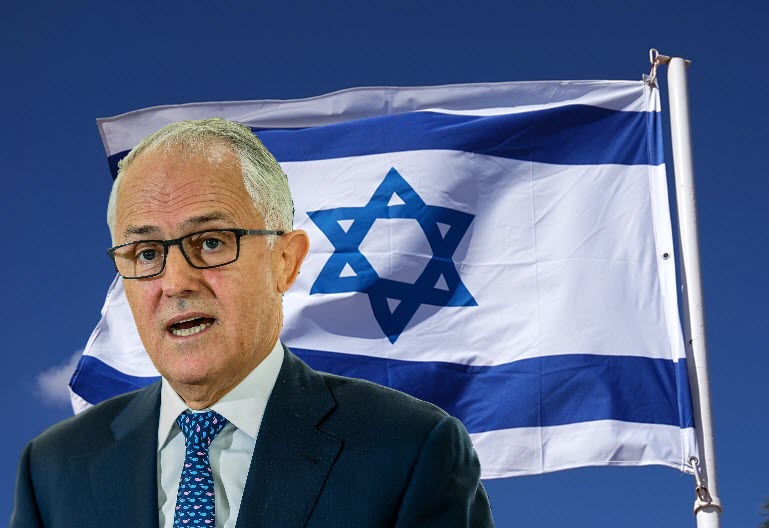 Turnbull’s protection of Israel the exemplar of foreign influence

While the government rails against Chinese influence in Australian politics, it has internalised the influence of the Israeli government and its proxies.

Australia on Friday confirmed its status as one of the worst enablers of Israeli human rights abuses by voting against a UN Human Rights Council inquiry into Israel’s killing of over 100 Palestinian protesters in Gaza since the end of March, including over 60 shot dead by Israeli defence forces last week. The Turnbull government joined the Trump administration as the only two nations willing to try to block scrutiny of the murder of unarmed protesters.

Faced with a hostile reaction to its siding with Donald Trump in trying to protect the Netanyahu regime, the government has since tried to claim that it only voted against the inquiry because it didn’t like the wording of it, and that it has “privately” raised concerns with the Israel.

Privately is exactly how Israel likes concerns being raised. As John Lyons pointed out so well, the one thing that genuinely scares Israel is consistent international exposure of its occupation of Palestine, the systematic illegalities that accompany it such as settlements, its mistreatment and killing of Palestinians and the apartheid system that is Israel’s preferred long-term “solution”. That’s why it rails so much against the BDS movement, to the extent of having some of its overseas proxies literally attempt to ban discussion of BDS. That’s why reference to what is uncontestably an apartheid system — even former Israeli Prime Ministers talk of apartheid — enrages Israel and the Israel lobby, because it is a potent public connection to the illegitimate (and long-time Israel ally) white South African regime.

Any process of public scrutiny, and particularly independent scrutiny, of the murders of Palestinian protesters is also, naturally deeply worrying to the Israelis, for its potential to elevate the issue of human rights abuses in western media discussion. Israel, above all, wants the issue kept below the level where western audiences might take notice and begin asking uncomfortable questions.