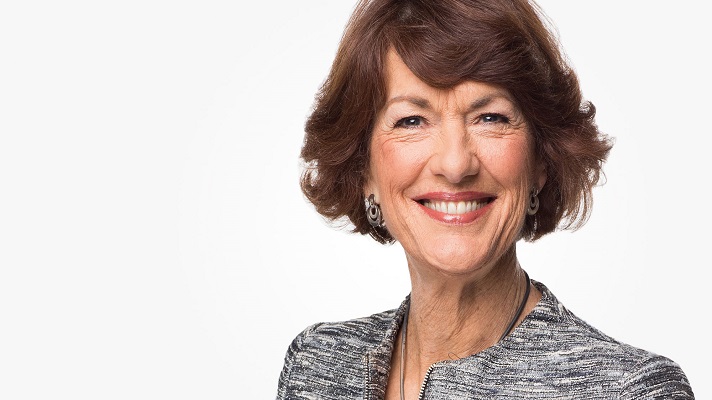 Vic Alhadeff has written a letter of complaint to Geraldine Doogue who does the Saturday Extra program on ABC RN radio. She tries to explain away some very pointed criticism from Vic Alhadeff but fails miserably.

She had referred to the protesters on the Gaza border as being unarmed. Even after she has become aware that 50 of the 60 people killed in the last episode turned out to be Hamas operatives she still is not prepared to acknowledge that her remarks that the demonstrators were unarmed were unfounded.

Doogue has like most ABC presenters an inglorious track-record of biased reporting about Israel and we should take anything she offers up as tainted with her entrenched  prejudices.

[Ed: I would like to point out that I made a comment on the description of the program she produced about Israel’s 70th. The description on the ABC website says:
“It’s demographics and population has shifted dramatically over the past decades and its expected that by Israel’s 100th anniversary, Israel’s population will top 100 million.”

Notwithstanding the inglorious grammatical errors in red this statement is utter nonsense and insidiously implies that Israel would not be a Jewish state in 30 years time as Jewish population growth could not possibly achieve it.]

Letter to Geraldine Doogue in response to her Saturday Extra program on ABC Radio National on May 19, 2018.

I am writing to express how disturbed I was by your latest edition of Saturday Extra, in which you interviewed Rashid Khalidi, Palestinian American historian of the Middle East and the Edward Said Professor of Modern Arab Studies at Columbia University.

You made a point of emphasising that you presented an Israeli perspective the previous week; there was no parallel between the two programs whatsoever. In the May 12 edition you interviewed Professor Suzanne Rutland and an Israeli academic who spoke on such issues as the biblical history of Israel, Sir Isaac Isaacs and how Zionist some Australians are in comparison to some Americans. It had nothing to do with the Gaza crisis – which was the focus of a full-scale assault by Professor Khalidi on May 19.

He accused Israel of “terrorism” at the Gaza border; he accused Israel of “getting away with murder”;  he had the unbelievable gall – this from a professor – to insist that any hostility towards Israel from within Palestinian society is only because of what Israel has been doing to the Palestinians – and that there is no antisemitism in Palestinian society. No antisemitism? Has he never heard of the Hamas charter, which explicitly says not only that Israel will be obliterated, but that all Jews should be murdered? Has he not sighted any of the programs on children’s television in the West Bank about killing Jews? No antisemitism? Seriously?

My concern, Geraldine, was that not once did you challenge any of his egregious claims. Not a word of the above points, or about Hamas itself acknowledging that 52 of the 60 Palestinians killed in the latest protests were its own fighters; or that many carried concealed weapons; or that many carried maps on where to locate Israeli communities once they had penetrated the fence and should then kill the Israeli families they found.

During the past week there has been a proliferation of articles acknowledging that not only did Hamas approach the border with violent intentions, but that Israel went to exceptional  lengths to avert any casualties by dropping thousands of leaflets urging the Palestinian people to stay away from the fence, as well as via Facebook messages and phone calls. All this information is readily available – but none of it was deemed relevant by way of challenging Professor Khalidi’s baseless claims.

It was clear from your remarks that you regard the two programs as constituting balanced journalism; they did nothing of the sort. One was an anodyne look at Zionism then and now; the other was a virulent assault on Israel.

It goes without saying that I have no issue with criticism of Israel; but demonisation and unfounded allegations are another matter altogether. As always, I remain available to offer suggestions regarding balance on such issues.