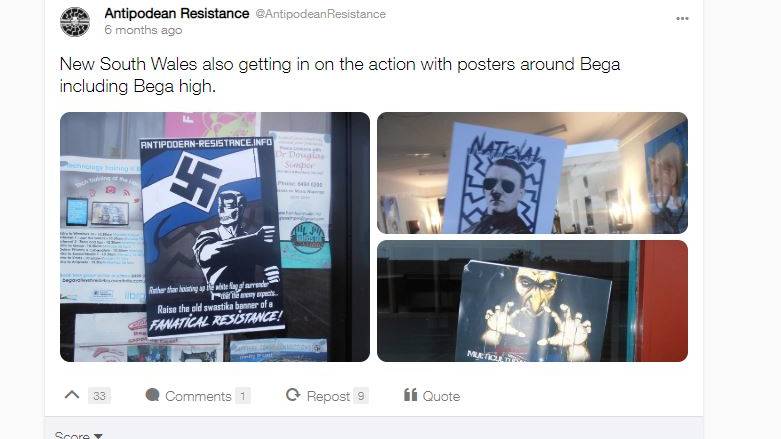 NSW Police have made an intelligence report after stickers openly espousing neo-Nazism appeared on prominent buildings across Bega at the weekend.

Police said a Carp Street business owner contacted them after two Antipodean Resistance stickers were placed on their shop some time between 5pm on August 31 and 2pm on September 1.

“We are treating this as serious, and appealing for anyone with information to contact police,” a NSW Police spokesperson said.

Read the full article by Alasdair McDonald at the Illawara Mercury.