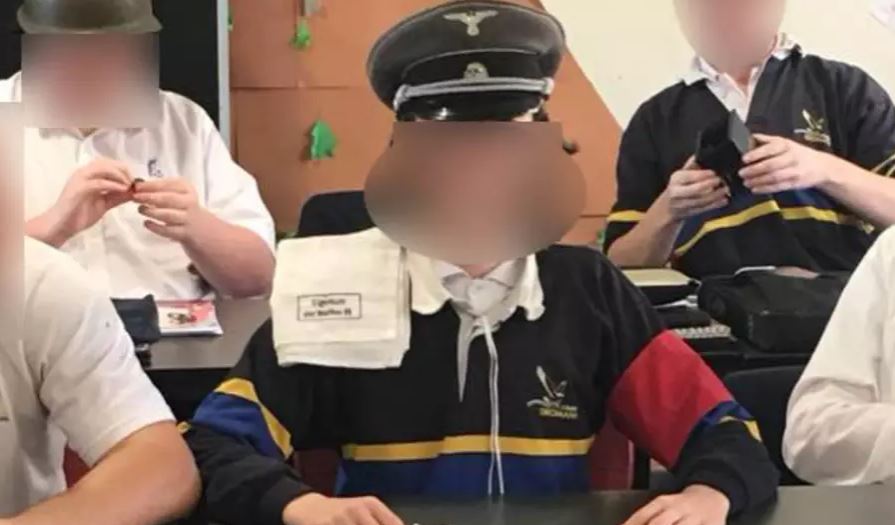 A Victorian state school employee is being investigated after he brought firearms into class, baked a cake with a swastika on it and let a student dress up in his Nazi hat.

During a history lesson on World War II, the Dromana Secondary College employee also allowed students to play with a replica Zyklon B gas canister, which resembled one that would have been used to kill Jews.reprio

The items were part of his personal collection of military memorabilia. Students also handled rifles, helmets and uniforms once worn by Australian troops.

The Education Department is investigating the incident, which it described as a “serious error of judgement”.

“The actions of the Nazis were abhorrent and should not be forgotten by any generation,” it said.

“Using symbols or artefacts in a way that may normalise or trivialise the actions of the Nazis is completely unacceptable.”

The employee, who is not a teacher, uploaded photos on Facebook showing students posing with rifles, wearing a cap with a Nazi eagle and inspecting the Zyklon B canister.

Read the article by Henrietta Cook in The Sydney Morning Herald.