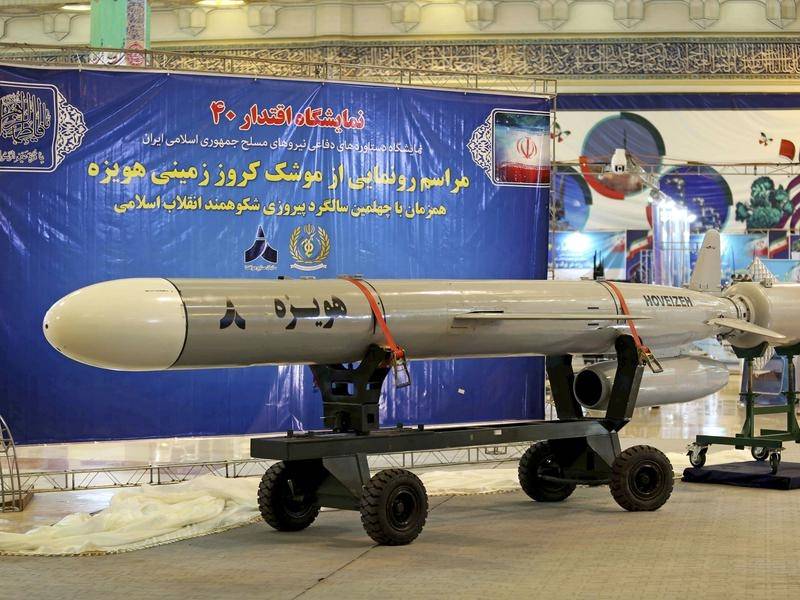 Iran has displayed a new cruise missile with a range of 1,300km during celebrations marking the anniversary of the 1979 Islamic Revolution, state television reported.

Iran has expanded its missile program, particularly its ballistic missiles, in defiance of opposition from the United States and expressions of concern by European countries. Tehran says the program is purely defensive.

On Saturday, a senior Revolutionary Guard commander suggested that pressure by European countries for talks on curbing Iran’s ballistic missiles development could prompt Tehran to expand it beyond current limits.

Speaking during the unveiling ceremony, Defence Minister Amir Hatami said: “This cruise missile needs a very short time for its preparedness and can fly at a low altitude.”

The surface-to-surface missile, named Hoveizeh, is from the Soumar family of cruise missiles, which Iran added to its arsenal in 2015, Hatami said.

Western experts say Iran often exaggerates its weapons capabilities, although there are concerns about its long-range ballistic missiles.

Amirali Hajizadeh, head of the Revolutionary Guard aerospace division, said Iran had overcome initial problems in producing jet engines for cruise missiles and could now manufacture a full range of the weapons.

Read the report in the Bendigo Advertiser (AAP).