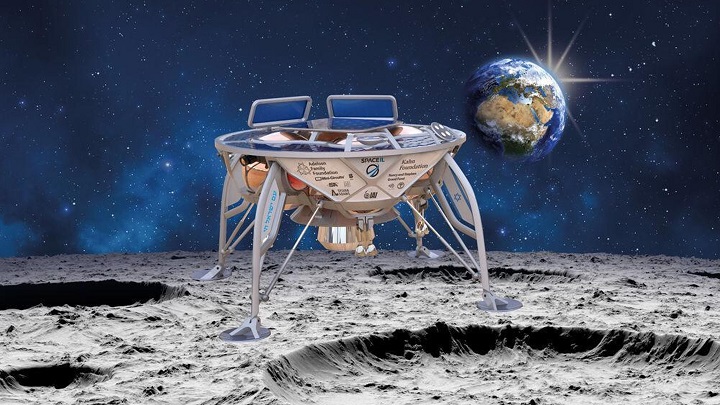 Israel’s first spacecraft built to land on the moon is set for launch from Florida in a mission that, if successful, would make the Jewish state only the fourth nation to achieve a controlled touchdown on the lunar surface.

The unmanned robotic lander dubbed Beresheet – Hebrew for the biblical phrase “in the beginning” – was due for lift-off Thursday atop a Falcon 9 rocket launched by Elon Musk’s SpaceX company from Cape Canaveral.

If all goes according to plan, Beresheet, about the size of a dishwasher, will arrive on the near side of the moon in mid-April.

Beresheet was one of three payloads to be carried aloft by the SpaceX rocket. The two others are a telecommunications satellite for Indonesia and an experimental satellite for the US Air Force.

So far, only three other nations have carried out controlled “soft” landings on the moon – the United States, the former Soviet Union and China.

Read the article by Joey Roulette in the Newcastle Herald.