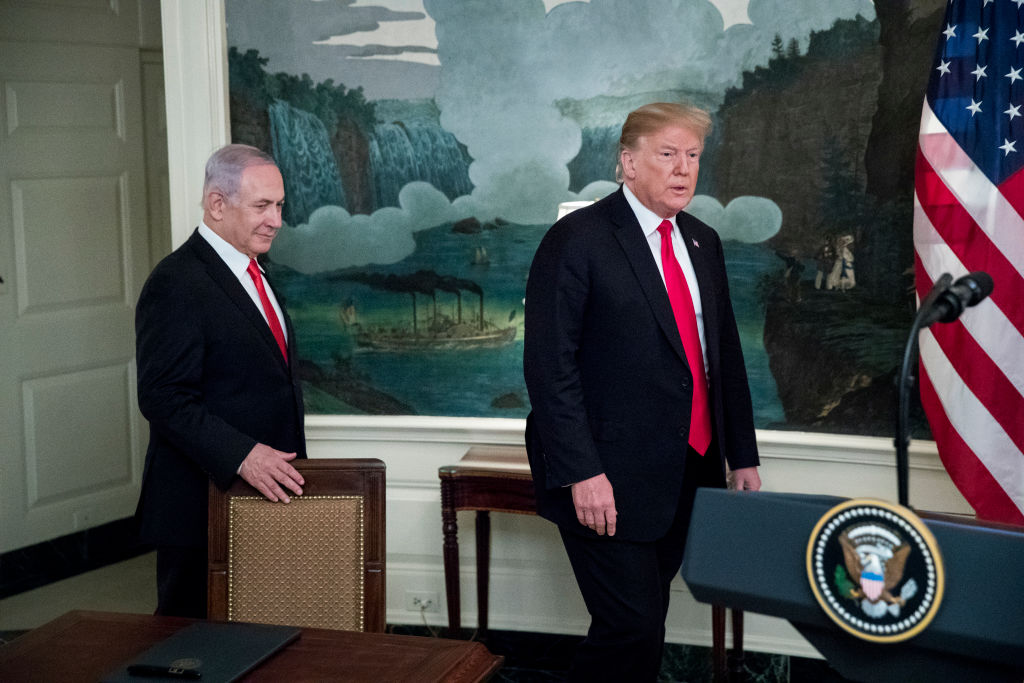 On 24 August, Israeli Prime Minister Benjamin Netanyhau announced, ‘I repeat: Iran has no immunity, anywhere … I have given the instruction to prepare for any scenario. We will continue to act against Iran and its proxies with determination and responsibility for Israel’s security.’

This declaration followed Israeli air attacks on Iranian Islamic Revolutionary Guard Corps and Shia militia targets in Syria that, according to Israeli military sources, were preparing to launch drone strikes on Israel. Such attacks in Syria, by now numbering in the hundreds, have become routine and no longer hit newspaper headlines.

However, on 19 July Israeli aircraft bombed an Iranian base in Iraq, thus escalating its provocative acts against Iran. Some reports suggest that the same base, Camp Ashraf northeast of Baghdad, was attacked again on 18 August. These air attacks follow four strikes in the past three months against munition storage facilities used by pro-Iranian Shia militias in Iraq.

While no one has claimed responsibility so far, two American officials confirmed recently to the New York Times that these attacks were carried out by Israel. When asked about the Israeli air attack on Iranian targets in Iraq, Netanyahu, without confirming the specific attack, replied, ‘Iran doesn’t have immunity anywhere … We will act—and currently are acting—against them, wherever it is necessary.’

Israeli attacks on Iranian and pro-Iranian targets in Syria haven’t caused much concern in Washington because of the Trump administration’s aversion to the Bashar al-Assad regime. However, US policymakers worry about similar attacks in Iraqi territory, because that could foul up America’s relations with Iraq at a crucial juncture. US displeasure at Israeli attacks on Iraqi territory was a major reason why American officials outed Israel for the 19 July attack.

American policymakers are concerned that such Israeli attacks could lead to demands within Iraq to expel all American forces from the country, since many Iraqis believe that the US is complicit in these attacks and that Israel would not have carried them out without getting a green light from Washington. They’re concerned that America’s ally, Iraqi Prime Minister Adil Abd al-Mahdi, might not be able to resist such demands, especially if they’re couched in terms of a violation of Iraqi sovereignty by America’s foremost ally in the Middle East.

Tensions between the US and Israel on this issue could well lead to increased anti-Israel sentiment in Washington, especially in the wake of Netanyahu’s decision—paradoxically at President Donald Trump’s urging—to deny entry to two Democratic congresswomen into Israel because of their criticism of Israel’s continued occupation of the West Bank and their support to the Boycott, Divestment and Sanctions movement.

Read the article by Mohammed Ayoob on The Strategist.