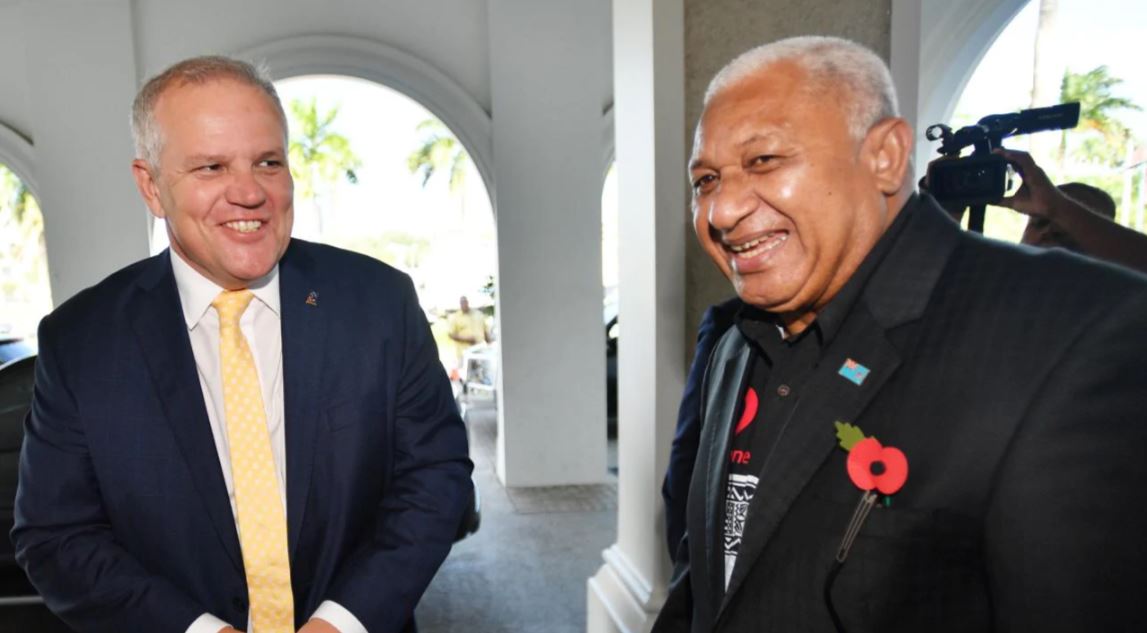 Australia and Fiji will deploy a peacekeeping mission to Golan Heights as soon as next week, as part of the countries’ long-running commitment to peace in the Middle East.

The move comes just days after the US pulled out of the country’s north and Turkey launched a military offensive that is now into its third day.

Scott Morrison revealed the deployment in the locker room at the Prime Minister’s XIII rugby league match in Suva, Fiji, while talking to the Australian men’s players. The deployment is not related to current events in northern Syria.

“I just met some of the (Australian Defence Force) boys upstairs who are going to be deploying with the Fijians over in Syria. And they’re going to be going there next week. Our Australians are going over there, training them, supporting them,” the Prime Minister said.

A Defence spokeswoman said the co-deployment involving Australia and Fiji would begin as soon as the UN processes and approvals were finalised.

The two countries have been working on a co-deployment as part of the UN Disengagement Observer Force mission, which was established in 1974 to maintain the ceasefire between Israel and Syria. Australia has been there in different peacekeeping missions since 1956.

Read the article by Rosiel Lewis in The Australian.