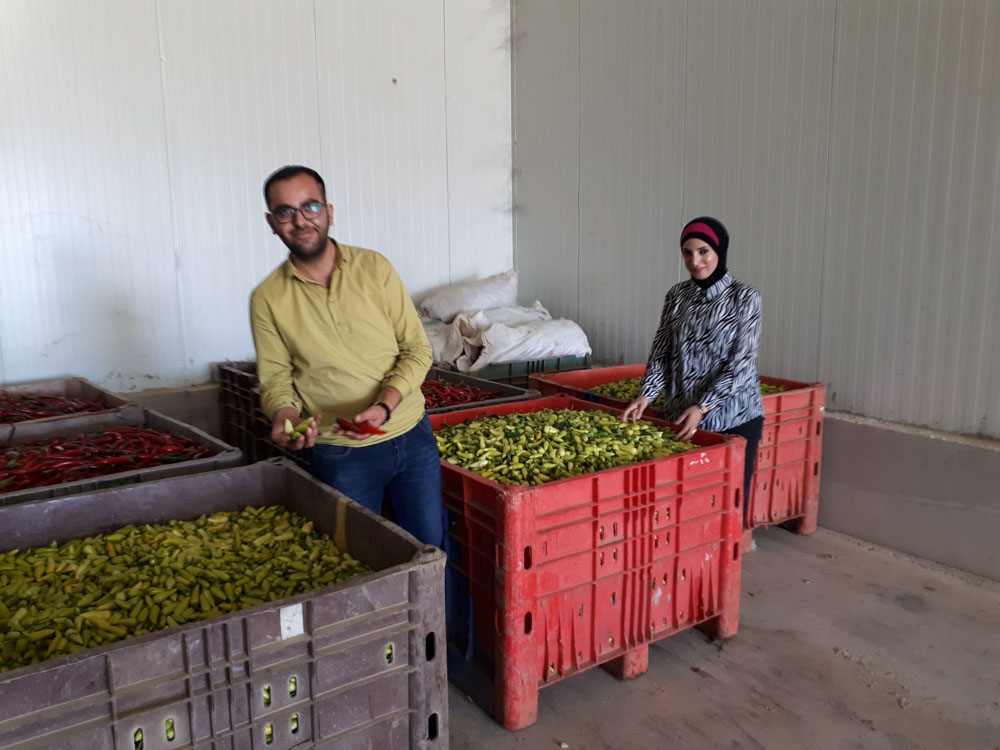 In Palestine, small-hold farmers are overcoming barriers to selling their produce on the market. With the support of Union Aid Abroad – APHEDA, farming communities in Gaza and Jenin, the West Bank, are improving land-care techniques and agricultural infrastructure to boost their yields. Now the project has been awarded renewed funding from the Department of Foreign Affairs and Trade until 2021, which will help Palestinian farming communities build greater capacity to bring in good yields, access markets, and sell their produce.

Agriculture is central for social and economic resilience in Palestine, but land and water resources are tightly constrained by Israel’s occupation of Palestinian territories. As a result of the occupation, Palestinians do not have control over cross-border trade of produce, nor over imports of agricultural resources. Most farms in Palestine are smaller than half a hectare, which means they struggle to compete against the cheap imports that dominate the local market, and which are taxed by Israel.

The project boosts agricultural produce, in both quantity and quality, and establishes new avenues of local marketing which give greater returns to farmers. Farmers are encouraged to plant new varieties, such as baby cucumbers, for local pickling factories or for export, and they are able to access improved farming infrastructure, like agriculture access roads and water harvesting systems.