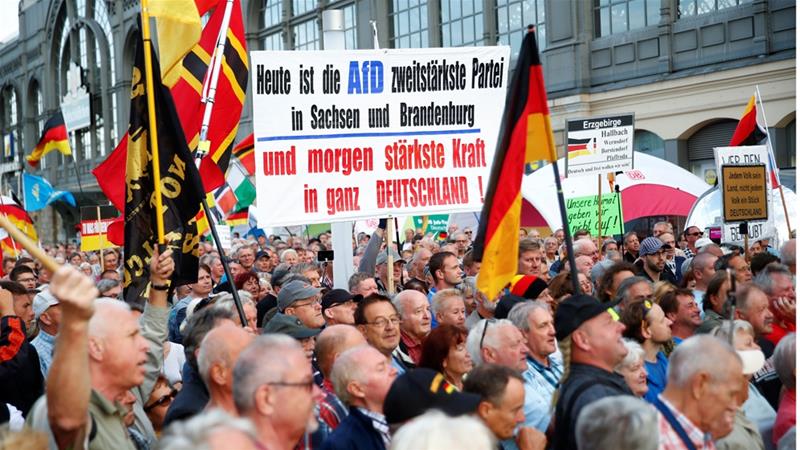 The eastern German city of Dresden has declared a “Nazi emergency” as officials warned of a rise in far-right support and violence.

The city is the birthplace of the Islamophobic Pegida movement, which holds weekly rallies, while the anti-immigration Alternative for Germany (AfD) party won 28 per cent in September regional elections.

Dresden’s city council on Wednesday backed a resolution against far-right extremism with the title “Nazinotstand?”, or “Nazi emergency?”.

It was brought by Max ­Aschenbach, a local councillor for left-leaning satirical party Die Partei, who told the DPA news agency that “this city has a Nazi problem”.

The resolution said the city was “worried that anti-democratic, anti-pluralist, discriminatory and far-right positions which include violence” were on the rise in ­Dresden. It called for a “strengthening of a democratic culture”, making a priority of “the protection of minorities, human rights and victims of extreme-right violence”.

The motion also stressed the importance to fight “anti-Semitism, racism and Islamophobia”.