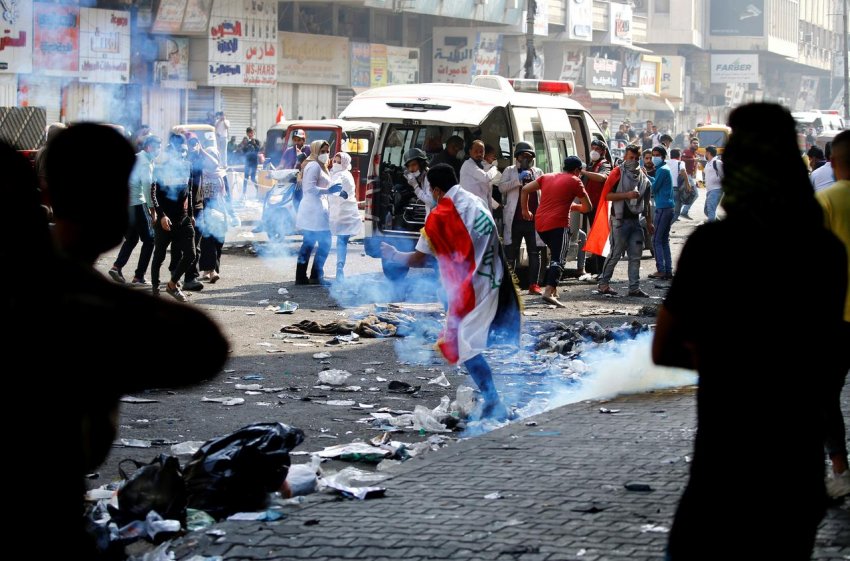 Iran: Nationwide protests call for overthrow of the regime

It took the popular uprisings in Iraq and Lebanon, following the earlier uprisings in Sudan and Algeria this year, for the Iranian masses, especially unemployed and student youth, to gain the courage to go out into the streets in large numbers again. For the first time since the December 2017–January 2018 uprising, they are mobilising to call for an end to the Islamic Republic.

What set off the nationwide protests was a 300% increase in the price of petrol, announced suddenly on November 15. This is a huge increase for the majority of Iranians, who have already sunk to extreme levels of poverty, due to the cost of Iran’s military and political interventions in the region, nuclear and missile development programs and the severe sanctions imposed on it by the United States.

Government snipers have been shooting demonstrators in the head from rooftops and military helicopters are also being used to shoot demonstrators.

Police stations, banks, some public buildings, a few religious seminaries and many posters of Supreme Leader Ayatollah Ali Khamenei have been set on fire. Demonstrators have blocked roads. Their slogans include: “Gasoline is becoming more expensive and the poor are becoming poorer”, “Khamenei is a murderer. His rule has expired”, “Death to the dictator”, “Death to this demagogic government”.

Some members of the parliament have resigned in protest.

Read the article by Frieda Afary in Green Left Weekly.