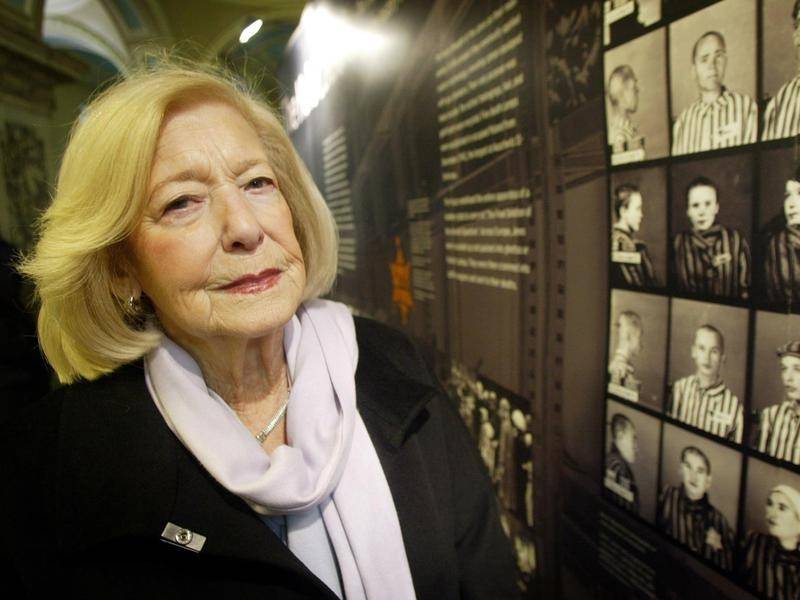 At 21, Gena Turgel was marched into an Auschwitz gas chamber. She walked out alive.

“When I think back, I have to pinch myself sometimes to see if I’m really alive,” Gena Turgel told NBC News in 2015; 70 years after the British liberated her, and fellow prisoners in the German, Bergen-Belsen concentration camp.

Born the youngest of nine children to Samuel and Estera Goldfinger in 1924, Poland, Gena Turgel’s story of survival is one of the most incredible from World War II, one you do almost have to pinch yourself to believe.

Gena was only 16 when her hometown of Krakow was bombed by the Nazis on September 1, 1939. Her family was herded into Krakow’s notorious, Jewish ghetto where two of her brothers lost their lives fighting the Nazis.

A year later, Gena was then sent with her sisters and mother to the first of the three concentration camps that she would ultimately survive, Plaszow. It was here she would face more heartache and loss, this time of her 17-year-old sister Miriam who was shot mercilessly by the Nazi’s for smuggling food into the camp.

Years later, Gena said she could still feel her sister’s ghost due to the constant chill she felt down her left side, the side her sister had always slept.

Gena spent two and a half years at Plaszow concentration camp until she was later marched to Auschwitz.

During her two-month imprisonment at Auschwitz, the then 21-year-old faced some of the most horrendous experiences imaginable, including medical testing by the notorious Nazi doctor Josef Mengele. The experimentation was also conducted on another of her Gena’s sisters, Hela. “They injected her with petrol, to draw out her blood,” she recalled.

Read the article by Shona Hendley in Mamamia.