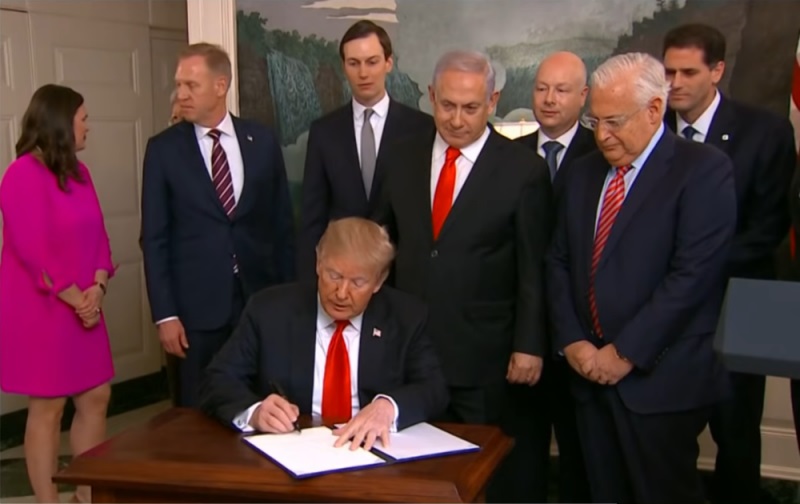 A U.S. policy shift on the Israel settlements in the Middle East leaves no room for a two-state solution.

U.S. Secretary of State Mike Pompeo’s announcement has already defied the UN Security Council Resolution 2334, delivering more support for the right-wing leader and long-time Israeli Prime Minister, Benjamin Netanyahu, who failed twice to form a government in Israel during the last 12 months. This violation provides a new political umbrella for the Israeli government to continue confiscation of more Palestinian lands and building new Jewish settlements in the occupied West Bank.

Pompeo’s announcement responded to Netanyahu’s announced plans to annex parts of the West Bank last September. This policy, however, is a new and additional step from Trump’s Administration to entice Christian evangelical groups while his impeachment is out in public.

Pompeo has attempted to market his President Trump’s policy as “consistent with the international law”, however, he does not mention that this shift contradicts the legal opinion that had already guided U.S. policy since Jimmy Carter’s Presidency in 1978. Pompeo also deceived the media when mentioned that Reagan Administration considered the settlements were not “inherently illegal” but Pompeo did not say Reagan stated that settlements were an obstacle to peace.

Read the article by Ibrahim Natil on Independent Australia.