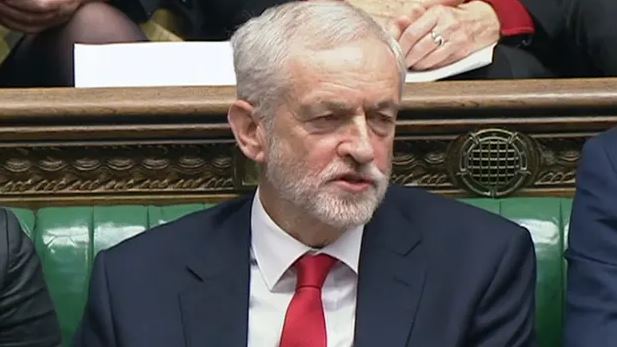 Corbynistas rally to Jezza’s defence: ‘Some of his best friends have Jewish neighbours!’

That must surely rank as one of the worst political performances of modern times. Jeremy Corbyn in his grilling by Andrew Neil came across as listless, disengaged, impersonal, irritable, unprincipled and outright bored. Especially when asked about Labour’s anti-Semitism crisis and the fact that 80 per cent of Britain’s Jews think he is anti-Semitic. He looked bored. And of course he started ­banging on about Islamophobia. He couldn’t believe someone was asking him about those pesky Jews when all he wants to talk about is lovely Muslims.

Corbyn refused four times to apologise to the UK Jewish community after the Chief Rabbi slammed the party for how it deals with anti-­Semitism claims.

The Jewish community has watched with incredulity as supporters of the Labour leadership have hounded parliamentarians, members and even staff out of the party for challenging anti-Jewish racism … The claims the party is “doing everything” it reasonably can to tackle anti-Jewish racism and that it has “investigated every ­single case” are a mendacious fiction … It is a failure of leadership. A new poison — sanctioned from the top — has taken root in the Labour Party.

Read the mix of commentary about Corbyn in The Australian.