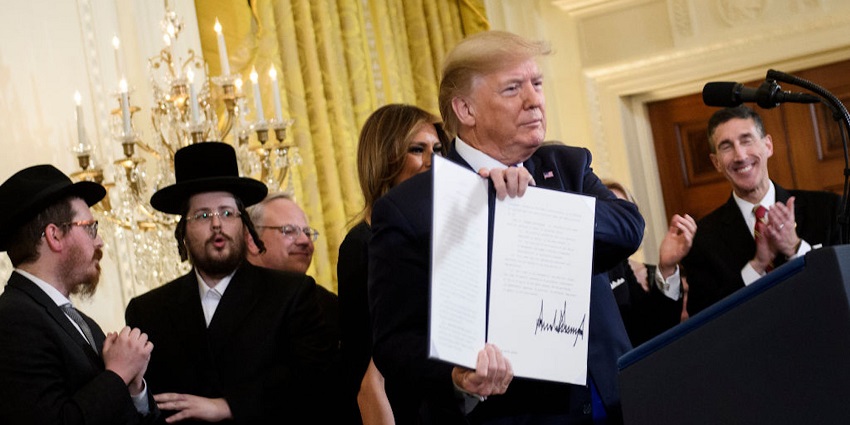 On Tuesday, US President Donald Trump provoked a firestorm of criticism after The New York Times reported that in an executive order designed to combat anti-Semitism on college campuses the president was planning to redefine Judaism as a nationality.

Criticism of religion is shielded under the First Amendment, and the order was apparently designed to close a loophole that was exploited by those spreading anti-Jewish hate speech under the guise of criticising religion.

But critics said the order could have the opposite effect of that intended, validating white-nationalist drives for Jews to be reclassified as non-American – and possibly leading to Jewish deportations and exacerbating anti-Semitic hatred.But when the order was published late Wednesday after the president signed it into law at a White House event, some experts said the actual document was very different from that portrayed in The Times report – and made no mention of reclassifying Judaism.

Read the article by Tom Porter in Business Insider Australia.