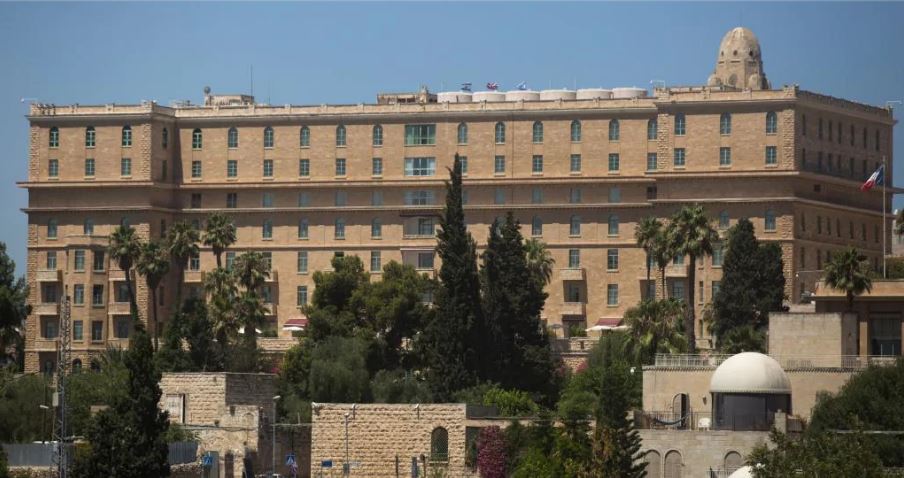 Christopher Pyne: The hotel where world history is made

It’s winter in the Northern Hemisphere.

In Israel that means it’s either cold and sometimes snowing in Jerusalem but crisp during the day, much like a Canberra winter’s day, or it’s cool but possibly even sunny on occasion in Tel Aviv and in that cosmopolitan city, there could be intrepid swimmers still out on the shores of the Mediterranean.

On Mount Hermon, in the Golan Heights, it will definitely be snowing.

Further south, at the Dead Sea or Massada it could be hot during the day and very cold at night.

All this, in a country that fits into the state of Tasmania three times.

Israel is a tiny place. At its narrowest point it is only 15km wide.

Until you come to Israel and stand on the Golan Heights from where you can see Lebanon, Syria, Jordan and of course, Israel, it is hard for an Australian to fathom just how small this part of the world really is.

When you read this, I will be sitting on the pink stone of the patio of the King David Hotel in Jerusalem.

It is a sensational hotel. It is old and graceful.

It has stood for 89 years. It was the headquarters of the British colonial administration and a significant part of it was blown up by the Irgun – an Israeli terrorist organisation in the eyes of many, independence fighters in the eyes of others – in 1946, killing 91.