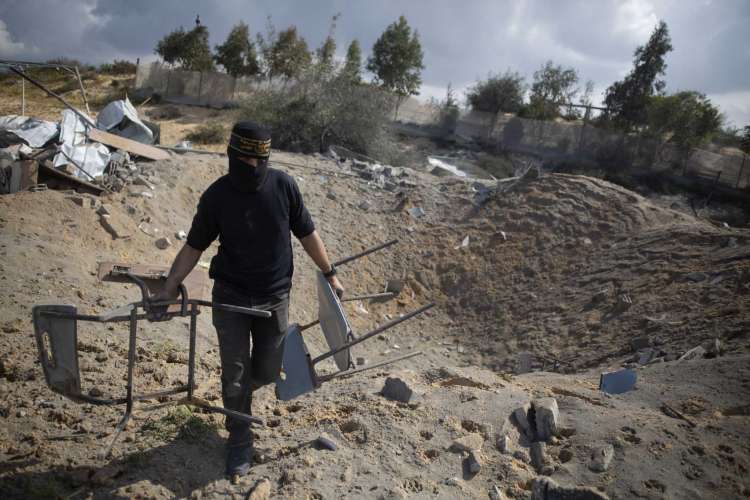 Gaza militants have resumed their intense bombardment of southern Israel, with some rockets slipping through Israel’s vaunted Iron Dome defence system and one landing in the yard of a kindergarten.

There was no word of casualties, but the second day of violence threatened to unleash a new round of hostilities just a week before Israel heads to elections.

Israeli Prime Minister Benjamin Netanyahu threatened Gaza’s Hamas rulers with a “war” if the new round of rocket fire continued, ramping up his rhetoric amid the stretch drive of his campaign.

Speaking to Israel’s Army Radio, Netanyahu said he’d conveyed a message to Hamas that if it did not stop Gaza militants behind the attacks, Israel would target Hamas directly.

“If you don’t shoot them, we will shoot you. I’m talking about a war,” he said. “I’m not looking for a war. But we have prepared something you can’t even imagine.”

The Islamic Jihad militant group fired at least 20 rockets on Sunday after Israeli forces killed a Palestinian militant who had tried to place a bomb along the Israel-Gaza barrier fence, and then removed his body with a bulldozer.