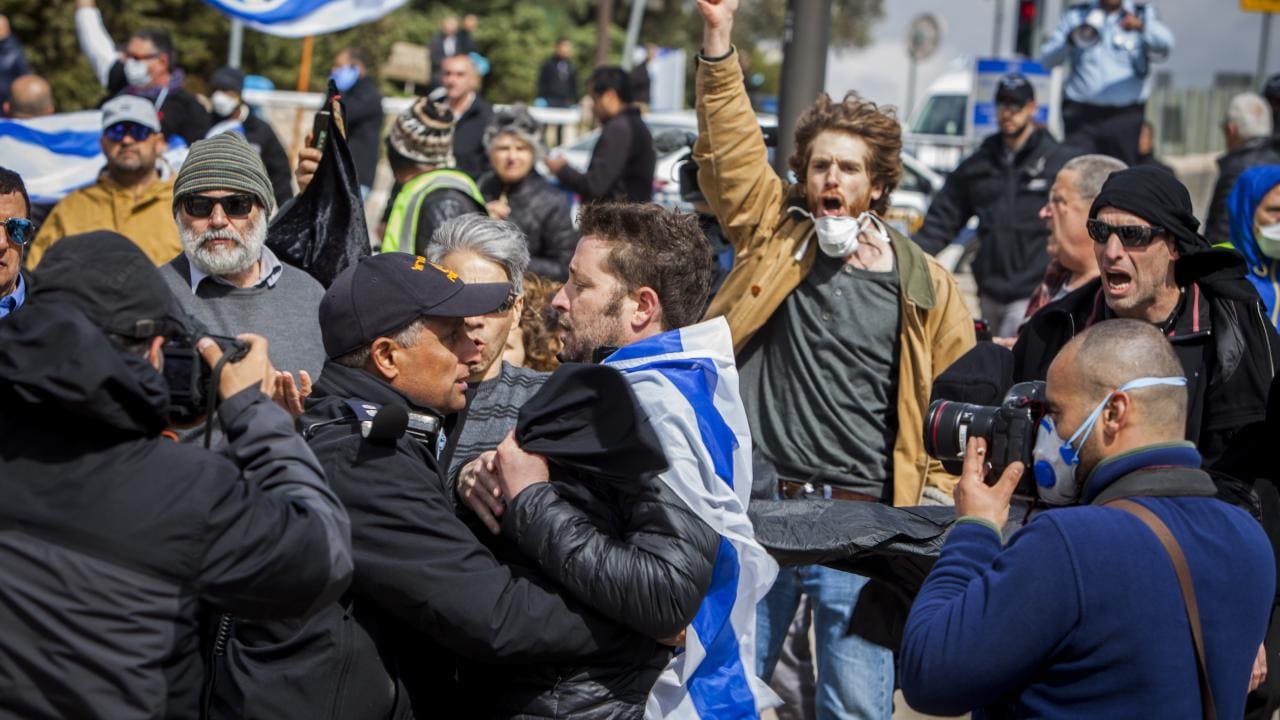 Hundreds of people have defied bans on large gatherings to protest what they say is an ­attempt by Benjamin Netanyahu to exploit the coronavirus crisis to hang on to power.

The Israeli Prime Minister and his government have shut down the court system ahead of his trial on corruption charges, begun using phone-surveillance technology on the public and adjourned parliament. Mr Netanyahu has defended the moves as necessary steps to deal with the pandemic. But opponents say he is more interested in staying in power after a third consecutive inconclusive election in less than a year.

Outside the Knesset, or parliament, hundreds of people protested against the government’s moves. Police arrested three ­people for violating a ban on gatherings of more than 10 people. They also blocked a convoy of dozens of cars from entering Jerusalem and prevented dozens of other cars inside Jerusalem from approaching the Knesset building.

Police rejected accusations that they were doing Mr Netanyahu’s bidding, saying they were following health ministry orders to curb the virus.

At the nearby Supreme Court, judges heard separate challenges to the new mobile-phone tracking edict and the shutdown of the Knesset. Civil rights groups and the opposition Blue and White party filed the cases.

Mr Netanyahu announced this week that Israel’s Shin Bet ­security agency would begin ­deploying its phone surveillance technology to help curb the virus by tracking the moves of those ­infected. The order went into ­effect on Wednesday when the government said it had notified about 400 people that they had come into contact with infected people and should immediately go into quarantine.

Read the article by Josef Federman (AP) in The Australian.