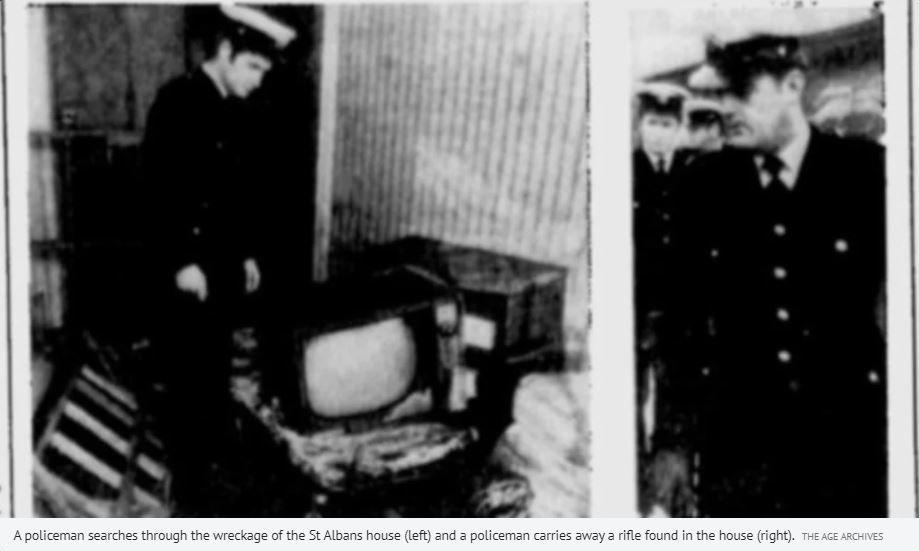 About 100 people raided the house following a protest meeting in the City Square yesterday.

The kitchen stove was ripped out, and a bungalow at the rear of the house wrecked.

Police said nobody was home when the raiders arrived.

Mr. Young said last night the house was the Victorian headquarters of the Nazi Party and his office was in one of the rooms.

About 200 people had gathered earlier in the City Square to protest about the National Congress of the Nazi Party which was being held behind closed doors, under police guard, in a South Melbourne hall.

Read the article in The Age.