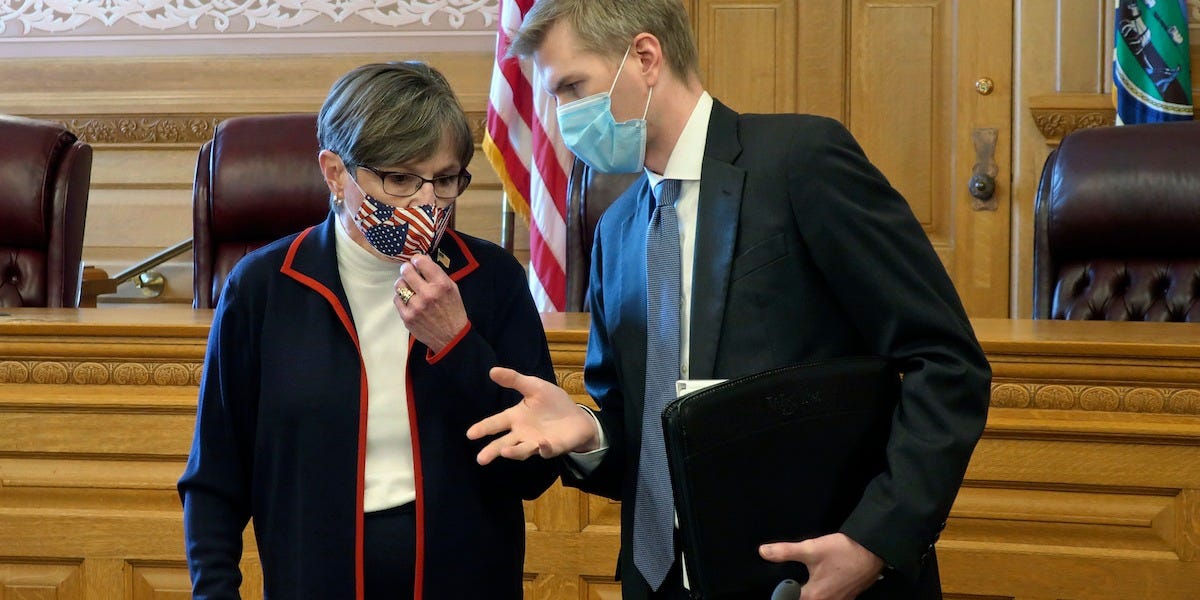 A Kansas county Republican Party chairman and newspaper proprietor has apologised after his publication posted a cartoon on its Facebook page likening a state face-covering mandate to the Holocaust.

The cartoon, published on the newspaper’s Facebook page on Friday, depicted Gov. Laura Kelly, a Democrat, wearing a protective mask with a Star of David emblazoned on it.

In the background, people are being directed into rail cars alongside the caption “Lockdown Laura says: Put on your mask … and step onto the cattle car.”

After criticism, Dane Hicks, the owner and publisher of The Anderson County Review, posted a statement on Facebook on Sunday announcing that he was removing the cartoon.

Read the article by Tim Porter in Business Insider Australia.