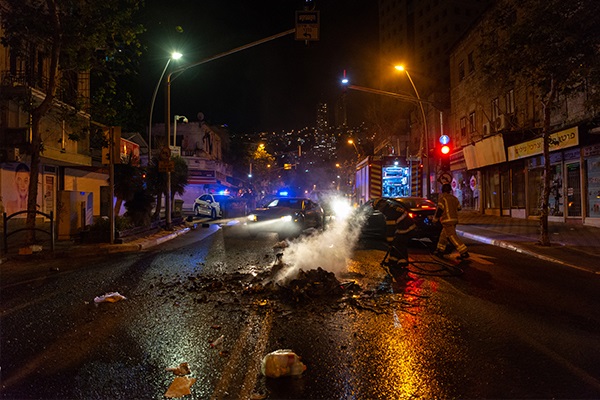 Expert explains: Why tensions in Israel have reached an ‘unprecedented’ level

There are reports of lynch mobs and more than 1700 rockets have been launched indiscriminately on citizens.

Israeli Defence Forces say an air and ground attack on Gaza is underway, but officials deny there has been a ground invasion.

“Where it began was with a protest by a younger generation of Palestinians who have been living throughout their lives under Israeli occupation,” he told Neil Mitchell.

“The focus of it was in a neighbourhood around the old city … Tensions arose as part of a pending Supreme Court decision relation to a proposed eviction of Palestinians from that neighbourhood.”

Professor Baker says the latest conflict is “in a way unprecedented”.

“The social fabric of Israel is breaking down.

“We’re at war … there are ground troops that are amassing.”

Listen to the interview by Neil Mitchell on 3AW.