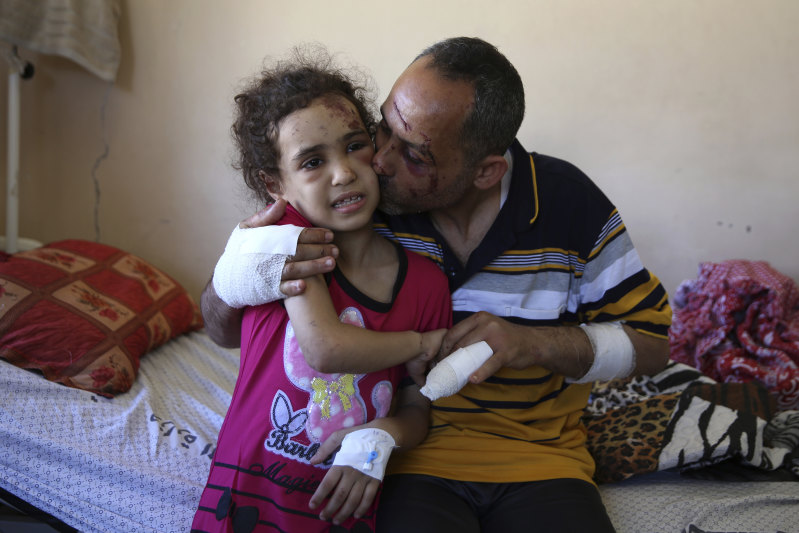 Pulled from the rubble of her family home, Suzy barely speaks or eats

Gaza City: Suzy Ishkontana hardly speaks or eats. It’s been two days since the seven-year-old girl was pulled from the rubble of what was once her family’s home, destroyed amid a barrage of Israeli air strikes. She spent hours buried in the wreckage as her siblings and mother died around her.

The Ishkontana family was buried under the rubble of their home early on Sunday, after massive bombing raids of downtown Gaza City that Israel said were targeting a Hamas tunnel network. The strikes came without warning.

Riad Ishkontana said he was buried for five hours under the wreckage, pinned under a chunk of concrete, unable to reach his wife and five children.

“I was listening to their voices beneath the rubble. I heard Dana and Zain calling, ‘Dad! Dad!’ before their voices faded and then I realised they had died,” he said, referring to two of his children.

After he was rescued and taken to the hospital, he said, family and staff hid the truth from him as long as they could. “I learned about their deaths one after another,” he said. Finally, Suzy was brought in alive, the second-oldest of his three daughters and two sons, and the only survivor.

Though she had only limited physical bruising from her seven hours under the rubble, the young girl was in “severe trauma and shock,” said pediatrician Zuhair Al-Jaro. The hospital was unable to get her the psychological treatment she needs because of the ongoing fighting.

Read the article by Fares Akram in The Age.