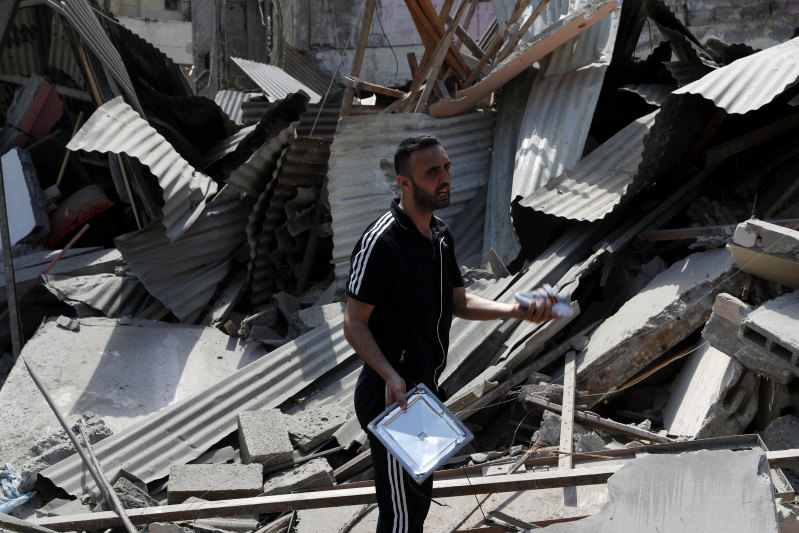 Gaza: A truce between Israel and Hamas began on Friday at the hour set by Egyptian mediators, and US President Joe Biden pledged to salve the devastation of the worst fighting in years with humanitarian aid for Palestinians in the Gaza Strip.

In the countdown to the 2am (9am AEST) cease-fire, whose timing Hamas had confirmed but Israel did not, Palestinian rocket salvoes continued and Israel carried out at least one air strike.

Each side said it stood ready to retaliate for any truce violations by the other. Cairo said it would send two delegations to monitor the ceasefire.

Hamas, the Islamist militant group that rules the Gaza Strip, scheduled public celebrations for what it deemed a victory over a militarily and economically stronger foe.

In Israel, relief was bittersweet.

“It’s good that the conflict will end, but unfortunately I don’t feel like we have much time before the next escalation,” Eiv Izyaev, a 30-year-old software engineer, said in Tel Aviv.

Since the fighting began on May 10, health officials in Gaza said 232 Palestinians, including 65 children, had been killed and more than 1900 wounded in aerial bombardments. Israel said it had killed at least 160 combatants in Gaza.

Authorities put the death toll in Israel at 12, with hundreds of people treated for injuries in rocket attacks that caused panic and sent people rushing into shelters.