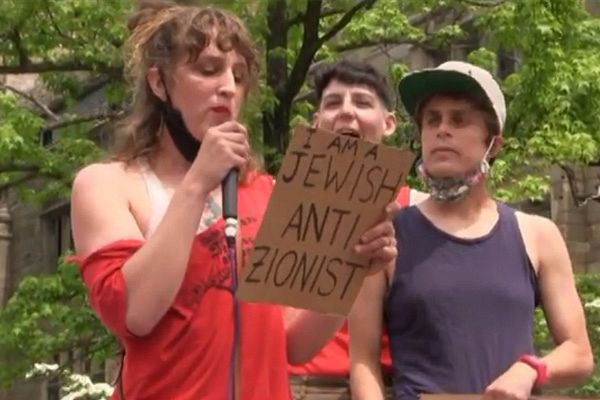 From New York to Bristol, Jewish communities have organised globally in protest over Israel’s brutal and ongoing displacement of Palestinian people.

A look at American activist group Jewish Voice for Peace’s site shows a map of rallies and campaigns across all of the U.S.; many of them are organised by Jewish groups outright, or in concert with Palestinian-led groups. Jews are showing up en masse. Anyone surprised by this is not paying enough attention.

Or it may be that people are trying to hide the fact that such Jews exist.

I spoke to Australian anti-fascist Jewish community group, Jews Against Fascism (JAF). They’re a strong activist voice, among many, for anti-Zionism.

I asked them why the presence of Jewish people condemning the displacement of Palestinians is minimised or erased when convenient:

I think there is a bit of antisemitism there on a few levels. In some cases, Zionists need to negate our Jewishness for (part of) the logic of their moral authority to stand up: ‘if you are against Zionism you are against Jews’. For non-Jews, a homogenised Jewishness that Israel and Zionism represents to them is much less threatening and they ignore us. On any given level – whether ignoring us, attacking us, or violently threatening us – they need for us to be less Jewish, less here.

For those of us on the Left condemning the State of Israel’s attack on Palestinian people, to participate in effective pro-Palestinian demonstration is also to disavow and reject antisemitism. To participate in the former, we must constantly make the latter loud and clear.