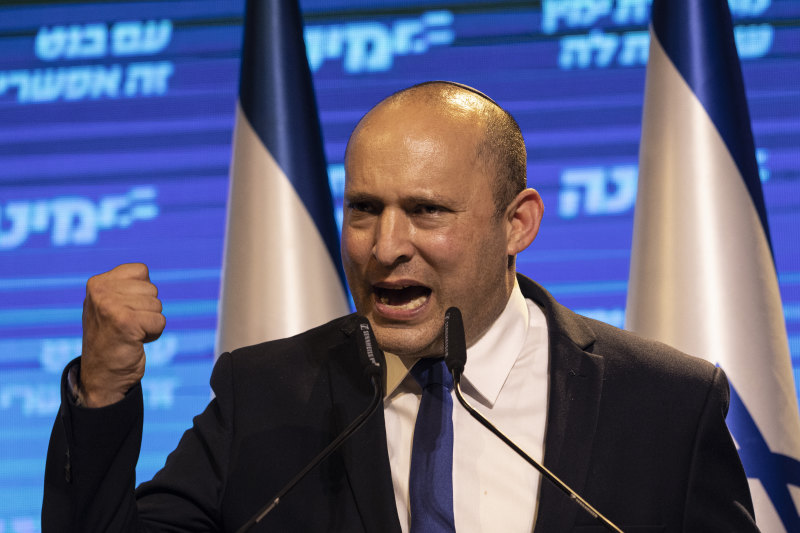 Who is Naftali Bennett, the man poised to topple Netanyahu?

Jerusalem: The morning after Donald Trump’s victory in the 2016 US presidential election, Naftali Bennett, the energetic leader of a relatively small, Israeli pro-settlement party, exulted before an audience of foreign reporters in Jerusalem: “The era of a Palestinian state is over!”

Now, Bennett, 49, a former technology entrepreneur who insists that there must never be a full-fledged Palestinian state and that Israel should annex much of the occupied West Bank, is poised to become Israel’s next prime minister, replacing Benjamin Netanyahu after announcing yesterday he reached a deal with opposition leader Yair Lapid to form a new governing coalition. The deal was first suggested on Sunday.

The agreement still needs to be approved by parliament in a vote that is expected to take place early next week. If it goes through, Bennett, Lapid and their diverse array of partners will end the record-setting 12-year rule of Netanyahu.

Bennett, a former ally of Netanyahu often described as more right-wing than the Prime Minister, is the independently wealthy son of American immigrants. He first entered parliament eight years ago and is relatively unknown and inexperienced on the international stage, leaving most wondering what kind of leader he might be.

Shifting between seemingly contradictory alliances, he has been called a right-wing extremist, a pragmatist and an opportunist.

Read the article by Isabel Kershner in The Age.