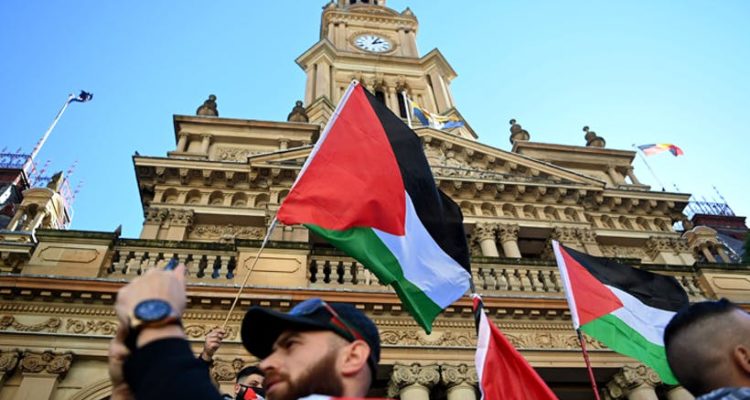 Dark legacy of the anti-Israel rallies

Aat the conclusion of a massive pro-Palestinian rally at London’s Trafalgar Square, a convoy of cars packed with young men headed for the north London suburb of Golders Green, home to a large propor-tion of the city’s Jewish community. The men were filmed bearing Palestinian flags and shouting ‘F— the Jews, rape their daughters,’ through loudspeakers.

During the rally itself, cries of ‘oh Jews, the army of Mohammed is returning’ were recorded. Barbara Rich, a barrister and member of the London Jewish community said she ‘had never felt the proximity of ancient hatred here so strongly as today’. Rich knows ancient hatred well as the daughter of a mother who survived the Holocaust and a father who fled the pogroms in Russia.

In Montreal, a small pro-Israel gathering was broken up by protesters who hurled rocks and shouted antise-mitic slogans. In Toronto, a man with
an Israeli flag was hospitalised after being severely beaten by a group of at least a dozen men with sticks. A young woman reported being sexually assault-ed at the scene.

In the past few weeks, Jews have also been attacked on the streets of New York and Los Angeles by pro-Palestinian activists. Amid the vio-lence, celebrities and public figures are beginning to rethink their hysteri-cal reaction to Israel’s latest clash with Hamas. The actor Mark Ruffalo who had accused Israel of ‘genocide’ over the civilian death toll in Gaza, which is around 100, subsequently apologised for his remarks, calling them ‘inaccurate, inflammatory and disrespectful’ and acknowledging they could have been used to ‘justify antisemitism [in the US] and abroad’.

Read the article by Alex Ryvchin in The Spectator.