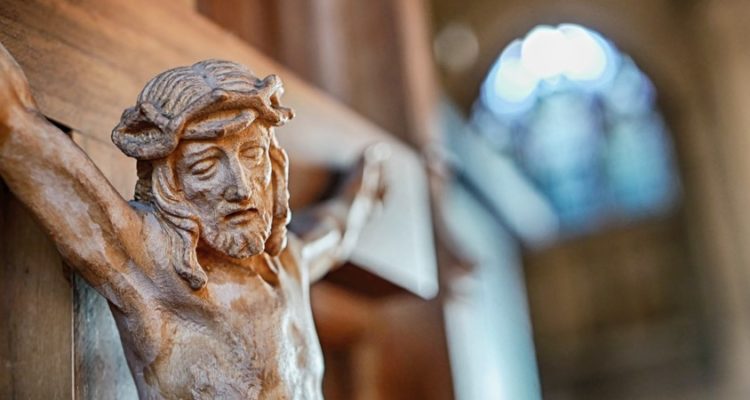 I grew up in a Christian home where a picture of Jesus hung on my bedroom
wall. I still have it. It is schmaltzy and rather tacky in that 1970s kind of way, but as a little girl I loved it. In this picture, Jesus looks kind and gentle; he gazes down at me lovingly. He is also light-haired, blue eyed, and very white.

There is a problem here. Jesus was not white. You’d be forgiven for thinking otherwise if you’ve ever entered a Western church or visited an art gallery. But while there is no physical description of him in the Bible, there is also no doubt that the historical Jesus, the man the Roman state executed in the first century CE, was a brown-skinned, Middle-Eastern Jew.

This is not controversial from a scholarly point of view, but somehow it is a forgotten detail for many of the millions of Christians in today’s word. In Australia, Christians who attend church will mostly encounter Jesus depicted as a white man who looks like Anglo-Australians. This image is easily identifiable for other Anglo-Australians.

This is the case in mainstream media too. Think for a moment of the rather dashing Jim Caviezel who played Jesus in Mel Gibson’s The Passion of the Christ. He is an American actor. Or call to mind some of the most famous artworks of Jesus’ crucifixion – Rubens, Grunewald, Giotto – and again we see the European bias in depicting a white-skinned Jesus.

Does any of this matter, you might ask. Yes, it really does. As a society we are well aware of the power of representation and the importance of diverse role models.

After winning an Oscar in 2014 for Best Supporting Actress for her role in 12 Years a Slave, Kenyan actress Lupita Nyong’o shot to fame. In interviews since then, Nyong’o has repeatedly articulated her feelings of inferiority as a young woman because all the images of beauty she saw around her were of lighter-skinned women. It was only when she saw the fashion world embracing Sudanese model Alek Wek that she realised black could be beautiful too.