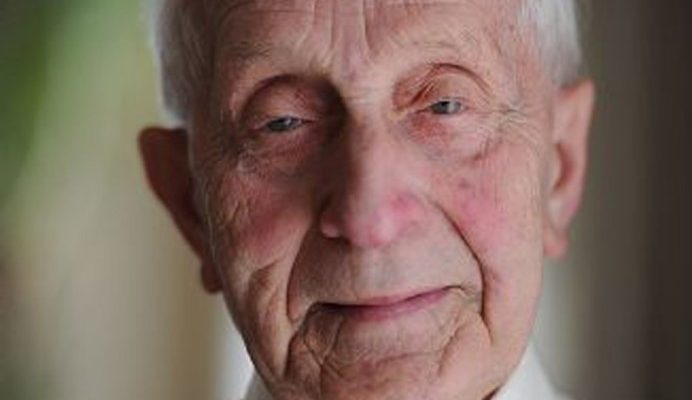 Harsh lessons guide life for Citizen of the Year

During the four years Abram Goldberg was incarcerated in a Nazi-run ghetto during World War II he made a potent promise to himself. If he survived the ordeal, which claimed the lives six million Jews – including his parents – he would dedicate his life to fighting injustice, racism and anti-Semitism.

Since he emigrated to Melbourne in 1951, Mr Goldberg has spent more than 7000 hours volunteering at the Jewish Holocaust Centre, guiding visitors and students through museum exhibits and telling them of his experiences.

At 86, Mr Goldberg visits the Elsternwick museum every day and volunteers for at least six hours a week.  His valuable contribution to the community has earned him the title of Glen Eira’s Citizen of the Year, presented at an Australia Day breakfast on Friday.

The Polish-born father of two and grandfather of three said he was honoured to receive the commendation.  “I never looked for any awards, I did it because it’s a mission in my life to help fight injustice, racism and anti-Semitism,” Mr Goldberg said.  “Jewish people were so decimated, I felt and I promised that if I survived this it would be my mission in life. I did everything possible to survive.”

Mr Goldberg was incarcerated in the Lodz Ghetto in Poland between May 1940 and August 1944 before being transported to Auschwitz for three months.  Of his immediate family, only one sister survived.

Read the item on the Jewish Holocaust Centre website.