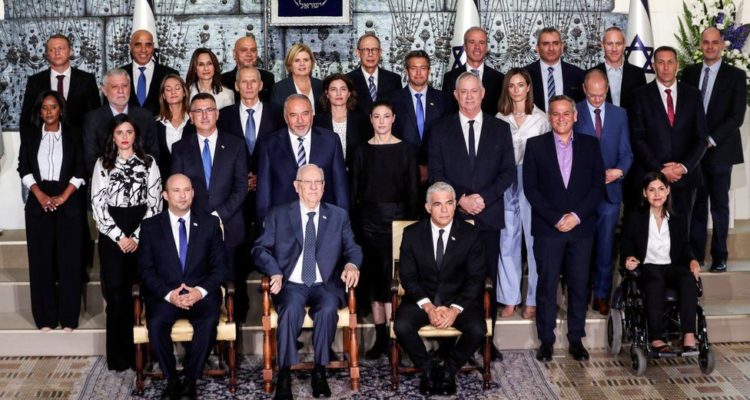 A disparate eight-party coalition united only by the determination to remove Benjamin Netanyahu, Israel’s longest-serving prime minister, may not be the ideal solution to the interminable rancour of the country’s protracted political crisis. But the new government sworn in on Monday (AEST) has a historic opportunity to show how a different kind of politics can work in the Jewish state, and it must do so not by trashing Mr Netanyahu’s considerable legacy but by building on it. For the first time Israel will be led by a religiously observant, yarmulke-wearing prime minister, Naftali Bennett, 49. A tech start-up multimillionaire and one-time special forces commander, he is a former protege of Mr Netanyahu. He is on the hard right of Israeli politics and a resolute defender of Jewish settlements. He explicitly rejects a two-state solution to the Israeli-Palestinian conflict, has demanded far tougher military action against Hamas and has vowed that Iran will never be allowed nuclear weapons.

The coalition he leads, however, includes not only his small Yamina party and two other right-wing parties but also two centrist parties, two left-wing parties and, importantly, for the first time in Israel, a conservative Islamist religious party, Ra’am, which draws support from Israel’s 21 per cent of Arabs. With Likud party head Mr Netanyahu now Opposition Leader and vowing to “fight every day to bring down this dangerous left-wing government … and it will happen much sooner than you think”, it would be wrong to expect too much of the new government. Its tenuous position was demonstrated when the vote of confidence required in the Knesset was passed by a wafer-thin 60-59. Significantly, one of Mr Bennett’s own MPs voted against.