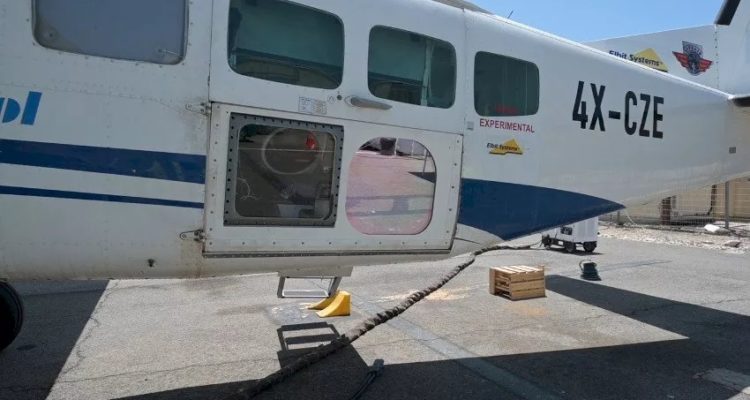 The Directorate of Defense R&D in the Israel Ministry of Defense (MoD), Elbit Systems and the IAF, have effectively intercepted several UAVs using an airborne High-Power Laser Weapon System (HPL-WS).

A high-power laser system was installed on an aircraft and was tested in a number of scenarios. It effectively intercepted and destroyed all of the UAVs that were launched throughout the test.

The ability to intercept and destroy airborne threats in the air offers a strategic change in the air defence capabilities of Israel.

The test series was conducted under the leadership of the Directorate of Defense R&D in the Israel Ministry of Defense and, according to Defense Minister Benny Gantz, the development is significant in terms of ‘cost-effectiveness and defence capabilities’.

“The laser system will add a new layer of protection at greater ranges and in facing a variety of threats – securing the State of Israel while saving the costs of interception,” Minister Gantz said.

“I am confident that Israel’s defence industry will succeed in this important development program, and I will personally work together with the entire defense establishment to ensure its success.

“I would like to congratulate the Directorate for Defense R&D, Elbit Systems and the IAF on the technological breakthrough they have achieved.”

Read the article by Nastasha Tupas in Defence Connect.