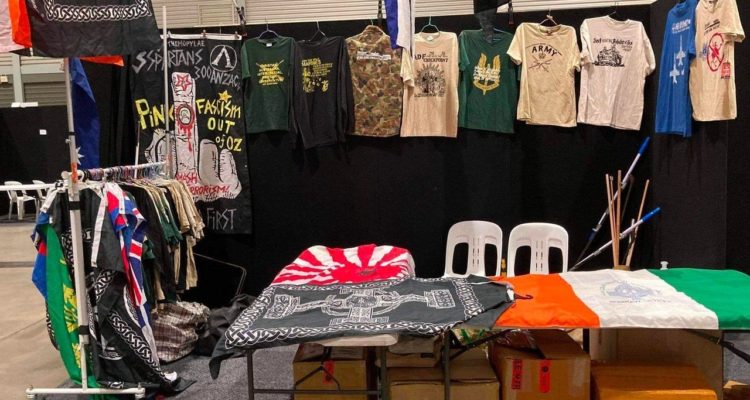 Fans are threatening to boycott the Supanova pop-culture convention, where a vendor openly displayed fascist flags and merchandise at Supanova’s most recent Sydney show.

Multiple attendees posted on Supanova’s own Facebook page, and confirmed to Kotaku Australia separately, that they had reported the booth’s merchandise to Supanova staff from Friday, when vendors began setting up for the following day’s opening. The material included flags and T-shirts featuring swastikas and ultra-nationalist iconography, including one flag sporting the text “Pink Fascism” and a bloody knuckle with a swastika in the fingernail.

The term “pink fascism” is rooted in a debunked conspiracy theory that homosexuals were a prominent factor in, or identified with, the Nazi party. It has gained prominence in recent years among arch-conservative movements worldwide, despite the clear and established history of Nazi Germany’s prosecution of homosexuals and associated organisations.

Other shirts and merchandise at the stand included a shirt saying “Just Hunting Bolsheviks”, another reading “Christian, Australian, Heterosexual, Pro Gun, Conservative, Any Questions,” and flags with the Japanese rising sun. A Eureka flag was also prominently displayed, which has been recently co-opted as the logo of the anti-immigration Australia First Party, although it has also been historically used by unions and other Australian protest groups in the past.

Read the article by Alex Walker on Kokatu.