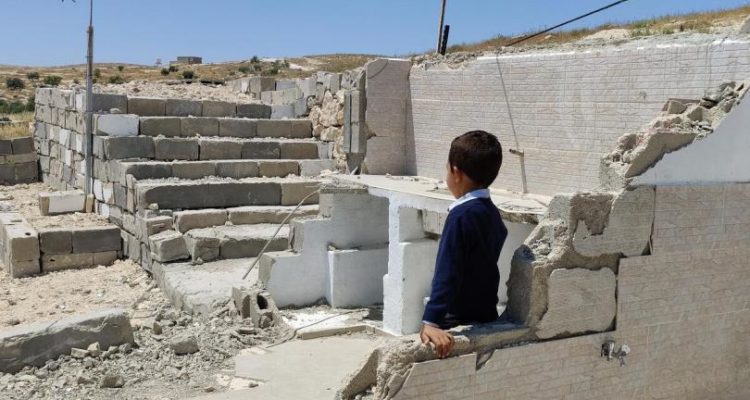 West Bank and East Jerusalem: Four out of five children feel ‘abandoned by the world’ after their home is demolished

Four out of five children in the West Bank, including East Jerusalem, whose homes have been demolished by Israeli authorities say they feel abandoned by the world, a new report by Save the Children revealed today.

The findings emerge as Palestinian residents of the East Jerusalem neighbourhoods of Sheikh Jarrah and Silwan face eviction from their homes, pending decisions by the Israeli Supreme Court.

For the report, ‘Hope under the rubble: the impact of Israel’s home demolition policy on Palestinian children and their families’, the child rights organisation consulted 217 Palestinian families across the West Bank and East Jerusalem, all of whom have had their homes demolished by Israeli authorities over the past ten years.

Eighty percent of the consulted children said they lost faith in the ability of not just the international community but also the authorities and even their parents to help and protect them. They reported feelings of powerlessness and hopelessness about the future.

16-year-old Fadi* said: “Nobody stopped them – or could stop them again – from destroying our home, our lives. So why should I bother to dream about a good future?”

The report also found that the majority of parents (76%) and caregivers feel powerless, unable to protect their children after losing their homes. They also feel shame (75%), irritation and anger (72%), as well as being emotionally distant from their children (35%).

Seven out of ten children said they felt socially isolated and had no connection to their communities after their homes were demolished.

Read the report by Save the Children.