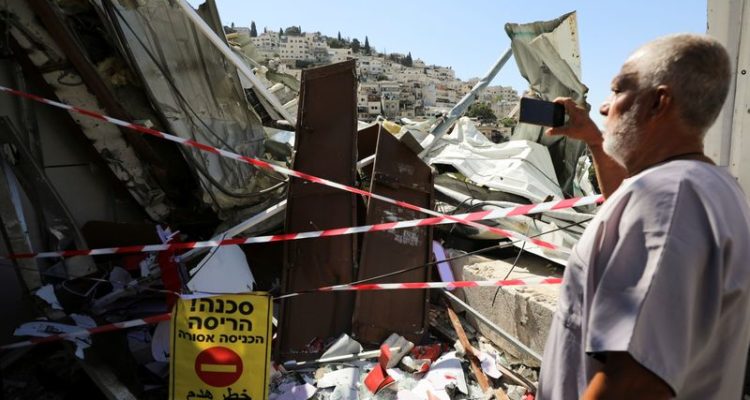 A Palestinian man stands near the debris of a shop that Israel demolished in the Palestinian neighbourhood of Silwan June 29, 2021. (Reuters/Ammar Awad)

There’s been violence on the streets of East Jerusalem, as Israeli authorities start to demolish Palestinian properties. It’s threatening to reignite tensions in the region after last month’s deadly conflict, but Israel has told its Middle Eastern neighbours it only wants peace.

Listen to the episode on the AM program.

[Editor: In its inimitable style the ABC interviews two pro-Palestinian advocates who oppose the house demolitions, but they don’t give voice to one person to directly express the position of the Israeli authorities.]