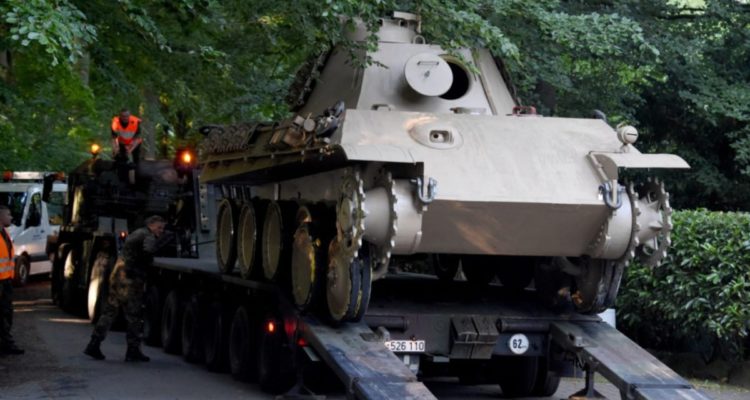 Bloke Fined $400,000 For Stashing A German WWII Tank In His Basement

Some codgers take up stamp collecting in their twilight years, perhaps even coins if they’re feeling lively enough for the task. Others stockpile illegal Nazi memorabilia in their basement – including a World War II-era Panther tank used as a snowplough back in the day – like one 84-year-old German pensioner.

An investigation of the codger in question’s residence located at Heikendorf, North Germany initially undertaken back in 2015 revealed the red-hot stockpile; originally launched to recover stolen Nazi art. In violation of the country’s War Weapons Control Act, the collector has earned himself an illegal weapons possession conviction, €250,000 fine, along with a suspended prison sentence of 14 months. Although defence lawyers argued the weapons are no longer functional, therefore not in breach of the legislation… but to no avail.

Other notable relics discovered in the basement aside from the World War II-era Panther tank include an anti-aircraft cannon, bust of Adolf Hitler, Nazi uniforms presented on mannequins, swastika pendants, SS rune-shaped lamps, as well as a statue of a naked warrior armed with a sword by Hitler’s favourite sculptor, Arno Breker, which was once displayed outside his Chancellery in Berlin; and plenty of smaller-scale weaponry (pistols, assault rifles, ammunition). The tank alone required 20 soldiers and almost nine hours of labour to extract from the basement without its tracks, before being pushed onto a low-loader for transportation elsewhere.

Read the article by Garry Lu on Boss Hunting.